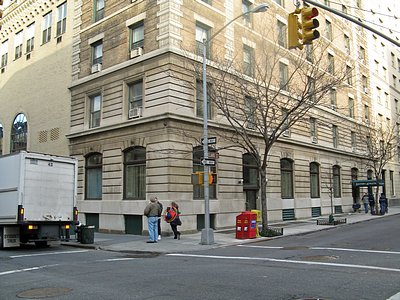 Brooklyn Daily Eagle: “Is it poor management, bad timing, or just a terrible location?” When a commercial corner location in toney Brooklyn Heights remains perpetually empty, or even when occupied it is home to short-lived enterprises, one might ask that question.

One of these unfortunate corners (photo above) is at Clark and Hicks, in the St. George Tower building. Its last occupant was Palmira’s, which closed three years ago. Last year, many BHB readers cheered when it was announced that a branch of the popular Park Slope establishment Tea Lounge might open there; however, in October the Lounge’s owner announced that lease negotiations had broken off because of “absolutely ridiculous” demands by the St. George Tower co-op board. According to the Eagle, the co-op is now using part of the space as locker rooms for building staff. 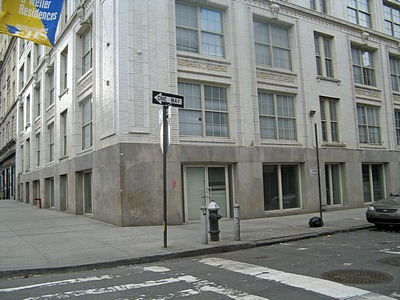 At the diagonal opposite of the St. George complex, Henry and Pineapple, this large, below ground level space, which formerly housed the Hotel’s electric generator (the St. George, formerly the largest hotel in New York City, was “off the grid” and produced it s own power) and pumps for its famous salt water pool, has stood vacant for many years. 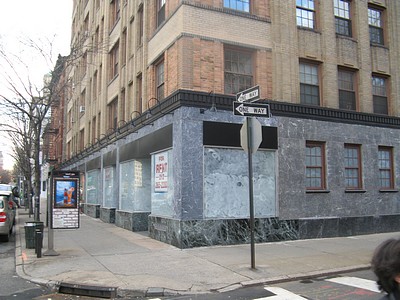 Moving two blocks north on Henry, we come to the site at Henry and Cranberry that once was home to the well-known Chinese restaurant Su-Su’s Yum-Yum (Who can remember the “Yum-Yum Mobile” that used to cruise the Heights every evening?) and, since it closed, has housed several relatively short-lived establishments. Several years ago, it was divided into three spaces, which housed Oven, Blue Pig Ice Cream, and, most famously (or infamously), Busy Chef. These all closed in July of 2008, and the site has been vacant since. Last summer, our readers were delighted when we reported that the owner of Sweet Melissa, a popular patisserie with locations in Park Slope and on Court Street in Cobble Hill, was in negotiations to take over part of the space, but nothing has come of this.
Share this Story: