Suspect Sought in Assault on Teen 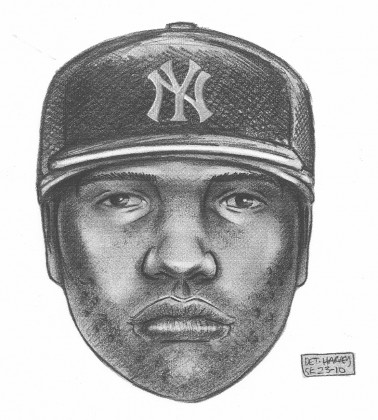 Police are asking the public’s assistance in searching for this individual, who allegedly assaulted a 13-year-old female on the 3 train this past Sunday.

According to police, the suspect approached the victim on the train as it entered the Clark St. station at approximately 10:20 a.m. and demanded personal property. When the victim refused, the two became involved in a physical altercation, during which the suspect allegedly ripped the victim’s clothes and attempted to sexually assault her.  The suspect fled from the station.

Anyone with information is asked to call Crime Stoppers at (800) 577-TIPS (8477).  The public can also submit their tips by logging onto Crime Stoppers’ website or by texting their tips to CRIMES (274637), then entering TIP577.  All calls are strictly confidential.