Your Correspondent Grazes at Dine in Brooklyn Presser

Who could resist an invitation from Borough President Marty Markowitz to sample offerings from many of Brooklyn’s best eateries at Borough Hall as a promotion of the Dine in Brooklyn event taking place from March 11 through 21? Not me. As the opening speeches ended, I found myself near the Chip Shop’s space (photo above). […]

This in from a BHB reader about changes at 46 Henry Street: Balucchi’s is now “asya”! Did they lose the franchise license? That spot is cursed. Also BHB regular “Topham Beauclerk” comments on our Bevacco story with this tidbit: I went to Baluchi’s successor this weekend. The place is now called Asya. The food and […]

Karl Junkersfeld notes the closing of Seasons on Henry Street with his latest video. He was there at the opening and files this epitaph with a curious, yet fitting, theme song. Oh and Mr. J gets the scoop that an Indian restaurant is reportedly moving into the space at 46 Henry Street. Watch the video […]

Saying that Brooklyn Heights is one of the most beautiful neighborhoods in all of America, Brooklyn Borough President Marty Markowitz ushered in Dine in Brooklyn Week last night at the grand opening of Seasons [46 Henry Street]. Not only that the Beep declared it Seasons Grand Opening Day in the borough. Karl Junkersfeld was there. […]

Seasons is the New Name of Bread and Butter

As previously reported, Bread and Butter [46 Henry Street] is being taken over by the owners of Picket Fence in Ditmas Park. BHB has learned that the name will be changed to Seasons. No word on an opening date yet. Karl Junkersfeld ventured out into the far away and mystical land of Ditmas Park to […] 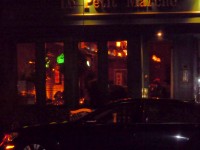 Le Petit Marche Back In Business

After passing their re-inspection today “with flying colors,” Le Petit Marche will be re-opened for business beginning tonight, owner Daniella Silone told BHB. “It’s a little nerve-wracking,” she said. “I’m happy to be re-opened.” Silone said she didn’t know how the restaurant will be received, but she “hopes people will give us a chance.”

Will You Go Back to Le Petit Marche?

Le Petit Marche’s [46 Henry Street] recent trouble with the NYC Department of Health and the establishment’s attempt to spin its violations as the product of “clerical errors” has us wondering if Brooklyn Heights residents are willing to return to dining there should they pass re-re-inspection. Owner Daniella Silone told BHB that the situation is […]

Le Petit Marche Owner: ‘This Is Breaking My Heart’

Le Petit Marche may re-open before Thanksgiving, owner Daniella Silone told BHB tonight. Silone said that last week’s closing by the DOH following three failed inspections since August was a “tremendous setback.” “We were not prepared for this,” she said. “This is breaking my heart that this is happening.”

Not only was Le Petit Marche’s re-opening for a private party this weekend not permitted, the restaurant failed a re-inspeciton today, according to officials at the Department of Health. During today’s re-inspection, officials found mice droppings as well as conditions for mice “harborage.” In order to re-open the restaurant must pass another re-inspection. While the […]