Your Correspondent Grazes at Dine in Brooklyn Presser

Who could resist an invitation from Borough President Marty Markowitz to sample offerings from many of Brooklyn’s best eateries at Borough Hall as a promotion of the Dine in Brooklyn event taking place from March 11 through 21? Not me. As the opening speeches ended, I found myself near the Chip Shop’s space (photo above). My wife, daughter, and I are regular customers at the 129 Atlantic Avenue location, so I couldn’t resist trying something I hadn’t before: their wild mushroom mac and cheese. It was, as Karl would say, DEE-licious, as was the wedge of Highland hand grenade (better known as Scotch egg) that I picked to accompany it. My only regret was wondering if I’d have room for much more, but seeing other offerings made that fear go away. 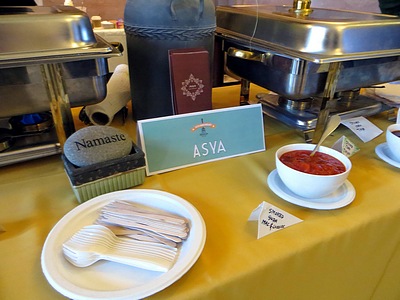 My next stop was Asya, the new Indian at 46 Henry Street, where I was given two excellent appetizers, one a huge mushroom in a savory sauce and the other a small falafel-like patty which I dipped in the tangy green sauce I always go for when enjoying Subcontinental cuisine. 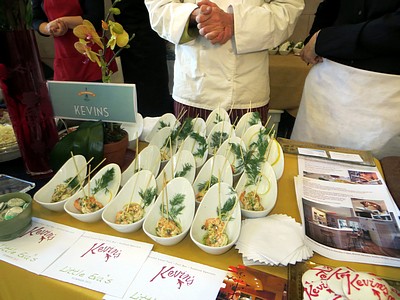 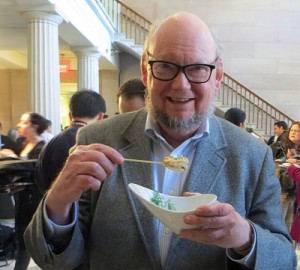 Here’s your correspondent about to enjoy Kevin’s shrimp. Kevin and his wife will have an outpost called Little Eva’s on Governors Island this summer, located at Picnic Point, South Prow, open from 10:00 a.m. to 6:00 p.m. Saturdays and Sundays. They urge you to “Book your Private Garden Party Now!” 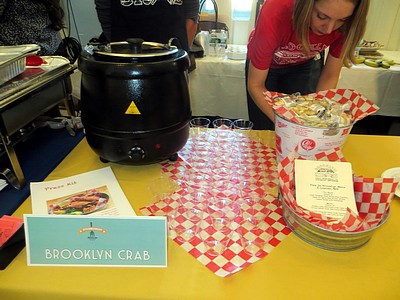 Another Red Hook establishment represented at the presser was Brooklyn Crab, 24 Reed Street, which served up a New England style chowder to which my wife, a native of Massachusetts’ North Shore, would, I think, have given her approval. 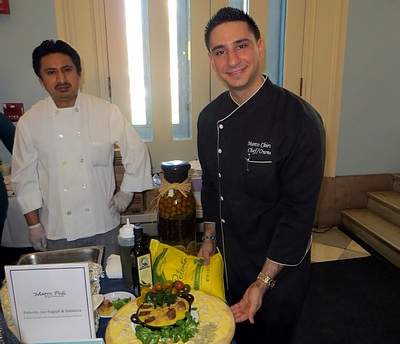 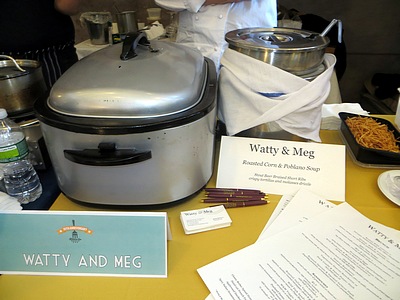 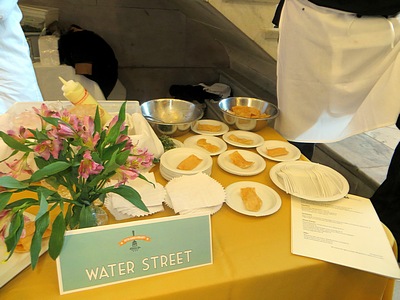 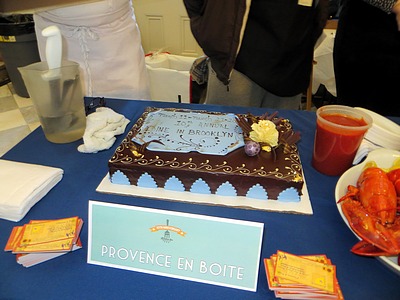 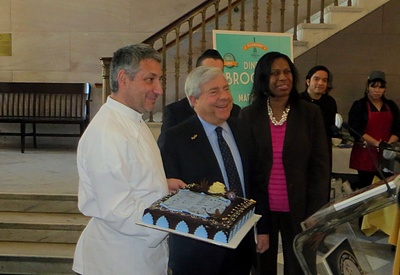 After some grumbling about its likely effect on his waistline, Marty takes the cake.