Le Petit Marche Back In Business 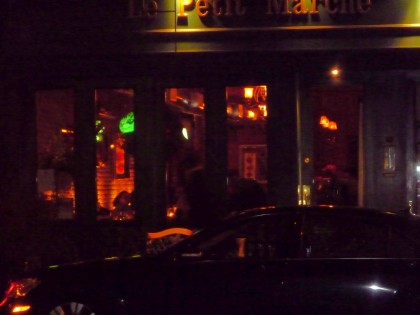 “It’s a little nerve-wracking,” she said. “I’m happy to be re-opened.”

Silone said she didn’t know how the restaurant will be received, but she “hopes people will give us a chance.”

The restaurant’s re-opening caps a roller-coaster week that saw the restaurant close, temporarily re-open for a private party, close again and fail its first re-inspection. However, the proper changes were made since yesterday, and the restaurant is now up to code and ready to remain open. It looks like the restaurant will no longer hold the distinction of being Brooklyn Heights’ answer to Brigadoon.

Silone said the restaurant would be open for dinner on Thanksgiving this year, as always.