In 1931 the Brooklyn Eagle reported that a scheme had been developed by the Regional Plan Association to build a high-rise apartment development atop the bluff at Columbia Heights. The implementation of the sort of slash-and-burn urban planning advocated by Robert Moses would have ruined the area. Clearly, the dominant opinion was that the old […] 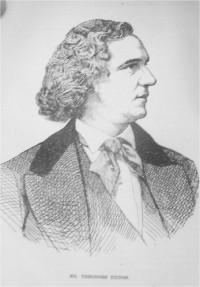 Perhaps not surprisingly, Henry Ward Beecher and his associate Theodore Tilton were early and prominent feminists. Their principal goal after the Civil War was obtaining the vote for women, but some also advocated full legal equality and what would become the feminist agenda of the 1970s. Susan B. Anthony and Elizabeth Cady Stanton formed the […] 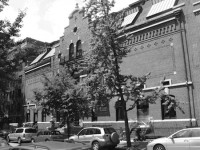 Dances were a way for young people to meet, and included outdoor events in gardens and taverns, called “germans” or cotillions, when held in private homes. In the 1880s organized dances called Junior Assemblies, Cinderella Balls and Bachelors Balls were held. Clubs often sponsored these events, and Dr. Charles Shephard’s Turkish Bath, America’s first, on Cranberry and […]

As part of urban renewal, the Mechanics Bank Building on the northwest corner of Fulton and Montague Streets, which had housed the Brooklyn Dodgers’ front office, was razed in 1958. History was made in that building with the signing of Jackie Robinson by General Manager Branch Rickey in 1947. The bank itself had been absorbed […] 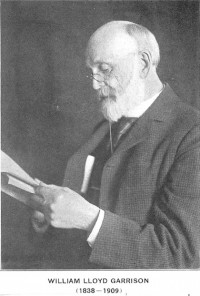 The Heights was farms until the early nineteenth century, and the Dutch and British owners used slave labor there, as they did throughout Kings County.  This is indicated by the fact that of the county’s population of 4,500 in the first U.S. census of 1790, one-third, or 1,500, were slaves. Bondage ended in Brooklyn in 1825, two […]

Another feature of wealthy nineteenth century areas was club life. It was de rigueur for men to join at least one as a home away from home. Most are now gone. The only one surviving in the Heights, the Heights Casino, still functions because it is a sports club. The first was the Long Island […]

Philip Livingston was a Manhattan lawyer, businessman and slave trader and his house on the Heights was his “farm” or country house from 1765 until his exile and death. He had purchased the land in 1750 from the Remsens. Livingston headed the “Low Church Party” in America and his Manhattan mansion was a patriot headquarters. […] 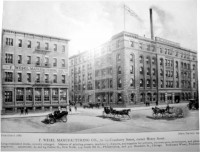 One of the largest employers in the Heights was photographic equipment manufacturer F. Wesel Manufacturing. The magazine the Inland Printer and Lithographer reported in 1901 that the business was founded by German immigrant Ferdinand Wesel in Manhattan in 1880. Share this Story: Tweet

An associate of Mayor Low’s was Darwin R. James (Figure 183), father-in-law of Underwood Typewriter heiress Gladys Darwin James who advocated for the construction of the Brooklyn Heights Esplanade in the 1940s and endowed local uplift efforts. He helped organize the Brooklyn Bureau of Charities, the Association for Improving the Condition of the Poor and […]

During the Victorian era many wealthy people felt a religious obligation to aid the poor through privately organized uplift projects. Alfred Tredway White (1846-1921), a cousin of Seth Low the Younger, was the Heights’ greatest philanthropist and community activist. In 1880 he moved out of his father Alexander’s house at 2 Pierrepont Place into 40 […]