What’s The Deal With Small Business in Brooklyn Heights Lately?

It’s been a tumultuous few months for businesses in Brooklyn Heights. Brooklyn Heights Cinema, Crumbs, Taperia, Connecticut Muffin, and Siggy’s have all closed or announced closures recently. Meanwhile, a handful of new businesses have begun to inhabit the area: there’s the new Clean Bedroom showroom, Gramercy Park restaurant Friend of a Farmer is busy setting up its second location in the long-vacant antique anchor space down the street, and reliable sources tell us a new commercial tenant has been found for the similarly dormant space vacated by Montague Jewelers near Court Street.

The rapid turnover hasn’t really surprised longtime local business owners, many of who noticed years ago that their ranks were thinning and being replaced with chain retail and higher-end stores. “There’s not many small stores left,” said Sam El Romi, owner of Pet Emporium on Montague Street. “You see a lot of bigger stores. Is it for the better?”

Some BHB readers seem to agree with El Romi’s sentiments, pointing fingers at nearby chain eatery Le Pain Quotidien as one of the reasons behind Connecticut Muffin’s demise in particular. 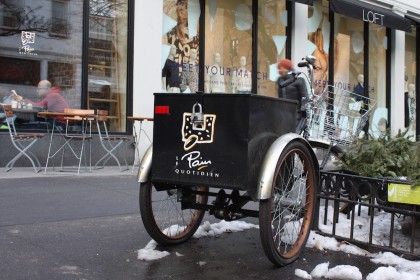 To be fair, as far as we know, the businesses that have closed recently have done so for a variety of reasons unique to their particular situations. Some of them also weren’t exactly local in the strict sense of the word: Crumbs and Connecticut Muffin were both chain stores. Siggy’s, while hardly a chain, does have another location in Manhattan.

But Siggy’s, Connecticut Muffin, and Heights Cinema were neighborhood fixtures for many years. And their recent closures in quick succession can’t help but bring to mind the spate of recession-era shutterings in Brooklyn Heights that occurred years ago, when retail vacancies topped out at 6 percent in 2008.

Things don’t appear to be quite as dire today. Anecdotal evidence suggests some local shops are doing well: this BHB reporter enjoyed a delicious dinner at a packed Sociale on a recent early Saturday evening; the local wine shops on Clark and Montague seem to do steady business; and the yoga classes at Area Yoga and Yoga People seem consistently well-attended. 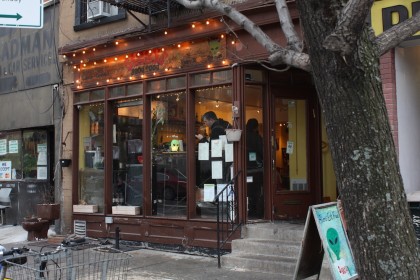 But there is a sense among longtime local proprietors that owning your own building is the only guaranteed way to stay in business, and that the retail churn observed lately will continue, thanks mainly to commercial landlords looking to cash-in on Brooklyn’s continuing development boom.

“There’s definitely more chains nowadays because they can pay the rent,” said Thomas Calfa, owner of Lassen and Hennings, who also owns his the building where his 76-year-old store is located.

It seems reasonable that commercial rent increases could be a major cause of the recent closures and long-vacant storefronts in Brooklyn Heights. But data indicates that overall rents in the neighborhood have been largely stable for a few years now. On Montague Street, they averaged between $100 to $149 dollars per square foot as of May 2014, according to the latest survey CPEX Real Estate Services, about the same as three years ago.

However, that’s much higher than the average commercial rental rate for the entire borough, $37.15 per square foot as of the fourth quarter of 2014, according Newark Grubb Knight Frank, another commercial real estate advisory firm.

“People talk about evil landlords, but it’s not that simple,” said Robert Hebron IV, associate broker at Ingram and Hebron, a realtor that rents commercial space in Brooklyn Heights, including the former Montague Jewelers spot. He added that critics should try and put themselves in the commercial landlords’ shoes. “If you or I own a business, of course we’re going to want to maximize our asset.” 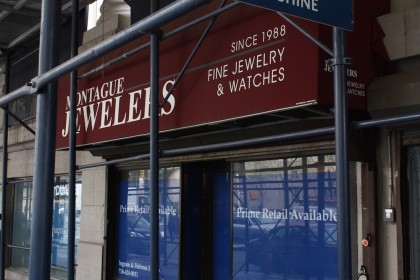 Another factor to consider is property taxes. As the city’s Department of Small Businesses helpfully notes: “Most commercial tenants are required to pay a share of the property tax due on the building.” While tax rates have remained fairly stable in recent years, the effective tax rate for commercial property owners has generally been much higher than that for homeowners. That’s because New York City divides property into four classes and assesses them at different rates, with homeowners paying taxes on a maximum of 6 percent of the market value of their property, and all other property owners paying taxes on as high as 45 percent of their property value.

There could be additional pressures as well. Calfa, for one, believes as more of the borough has developed and gentrified, fewer residents from across Brooklyn are coming to Brooklyn Heights for their dining, shopping needs, or recreational needs.

Still, some small business owners believe there will always be a place for them in the Heights. “There will always be a mix of businesses here,” said Juan Rivera, owner of the Variety Mart hardware store on Montague Street and the building above. “But it’s true you don’t see a lot of new small businesses wanting to open. In the last 10 to 15 years, the mixture has gone toward chains and away from mom and pop.” 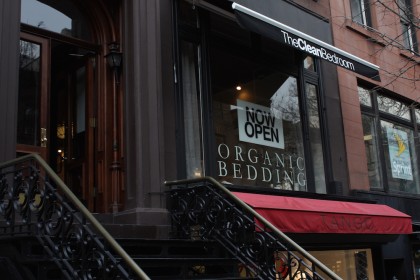 As for the new businesses moving in, life isn’t exactly easy for them either. Take the new Clean Bedroom store at 145 Montague St, which opened last fall before Thanksgiving, offering sustainably-made mattresses and bedroom furnishings at premium prices. The latest in a small, family-owned chain with other six stores across New England, the new Clean Bedroom was empty when BHB visited earlier this week.

“Business started off pretty slow,” said Stephen Bickos, a sales associate at Clean Bedroom. “It’s starting to pick up now. We’re seeing an influx of customers.” Bickos said he believed that people may have been busy doing holiday shopping for gadgets and other mass market gifts around the time of his employer’s opening. “I think we’re a good fit for the neighborhood,” he added.

Philly, Not Brooklyn, to Host 2016 Democratic National Convention
Here’s a UPS Fail in Brooklyn Heights – Has This Happened to You?