If Judith Jarosz’s infectious energy and David Fuller’s quiet confidence are any indication of what Theatre 2020: Visions for a New Millennium will be like, then expect their new theater endeavor to be serious, and seriously entertaining. “We look at everything like an opportunity,” Jarosz, whose personality is as fiery as her mane of red […] 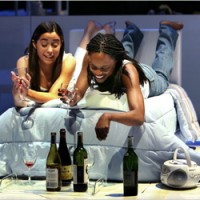 By Julie Kanfer on October 28, 2010 11:13 am in Arts and Entertainment, Brooklyn Heights, Celebrity Residents, Profiles

Brooklyn Heights resident David Adjmi was one of ten scribes, and the only playwright, awarded the 2010 Whiting Writers’ Award last night.  His initial reaction on the honor? “I was really gobsmacked when they told me,” Adjmi said, as only a writer can. Unlike so many other distinctions for which writers vie, the Whiting Writers’ […]

Caitlin Pasko, a Brooklyn Heights newbie and BHB reader, also wears the hat of songstress. As Lacrymosa, she’ll perform at The Living Room on September 5, 19, and 26 at 8pm in the first residency of her career.

Raised in what he calls the small town of the Upper West Side, Brooklyn Heights resident David Kramer now builds small towns of his own. Sort of. As a principal in the Hudson Companies, a real estate developer of rental and sale units around New York City, Kramer has garnered much attention lately for the […]

By Julie Kanfer on June 7, 2010 10:01 pm in Arts and Entertainment, Brooklyn Heights, Profiles

If J. Courtney Sullivan was particularly giddy on a recent evening at the Brooklyn Heights Wine Bar, it could have been because she just learned that her debut novel Commencement, which was published last summer by Knopf and came out in paperback a few weeks ago, hit number 14 on the New York Times Best […] 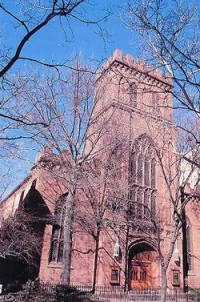 It’s difficult for a Jewish gal like myself to compare a Sunday service at The First Presbyterian Church of Brooklyn, founded in 1822, to others in the borough. But as a regular concertgoer throughout the region, I can say with conviction that the choir at First Presbyterian is worth the trip to Henry Street, regardless […] 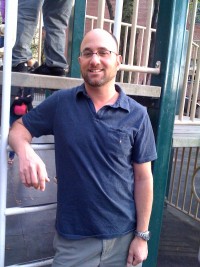 In a society where children often have more highly developed social lives than their parents, it’s still surprising to discover that playgrounds have “committees.” But as this relative newcomer to the borough is learning, in Brooklyn nearly everything is backed by a powerful yet friendly organization of motivated but not overbearing citizens. Why should playgrounds, […]

As President of the Brooklyn Heights Association and a longtime resident, Tom van den Bout’s (@tvdbout) got a whole lotta BH pride. He could wax poetic about the neighborhood, its people, and its prime location for hours. So it was with some reluctance and a sly smile that he divulged his least favorite thing about the […]