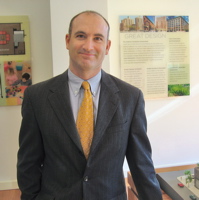 Raised in what he calls the small town of the Upper West Side, Brooklyn Heights resident David Kramer now builds small towns of his own. Sort of.

As a principal in the Hudson Companies, a real estate developer of rental and sale units around New York City, Kramer has garnered much attention lately for the innovative Inside Third & Bond blog on Brownstoner.com. Started 138 weeks ago, the blog has detailed an abnormally honest account of the building, marketing, and selling of Third + Bond, a townhouse-style condominium apartment complex in Brooklyn.

“The world has become so transparent, and blogs are a manifestation of that,” Kramer said over the phone from his office during a recent workday. By interacting with Brownstoner readers, many of whom are real estate junkies and prospective buyers, Kramer was, he said, “attempting to lead the parade, versus being dressed up at the end of the parade.”

Initially, there was no grand vision. “I was just annoyed,” joked Kramer, who has lived in Brooklyn for more than a decade.

Brownstoner had recently written a piece about how the Hudson Companies, which also developed J Condo in DUMBO, had bought the site on Third St. and Bond St. in Carroll Gardens. Kramer recalled that one unhappy commenter had written, “Why does David Kramer shit near where he eats? Oh yeah, the money.”

Laughing, he said, “I didn’t even know what that meant. I just knew it was intended to be insulting. It was taking for granted the fact that real estate developers are a bunch of jerks. I felt like, enough is enough.”

So he volunteered to tell Hudson Companies’ side of the story, not having any sense that Inside Third & Bond was a bit revolutionary. Every week, Kramer or one of his colleagues updates readers on the work at Third + Bond: progress, setbacks, floorplans, financing, etc. They included the good, the bad, and the ugly in an industry where most planning goes on behind tightly closed doors.

“I think it turned out to be, on the whole, a marketing plus,” said Kramer, who believes the blog helped attract buyers. Though there were initial concerns that they would lose control of the conversation “to the angry mob,” that didn’t really happen. 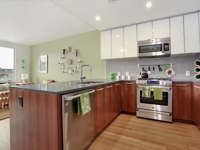 And if other companies adopt this practice going forward, Kramer joked, “They all owe me commission.”

When he’s not blogging on Browstoner and scouting out new sites for development, Kramer is also chairman of the Board of Directors at the Brooklyn Bridge Park Conservancy, the private not-for-profit that was formed 25 years ago to ensure the Port Authority piers would become the world-class park they are slowly turning into today.

“The park is dazzling,” cooed Kramer, who, along with his three young kids, couldn’t be happier with the progress at Brooklyn Bridge Park. He strongly supported the decision to convert the park into from a state to a city entity, and applauded New York State for recognizing that New York City was better suited to complete construction. 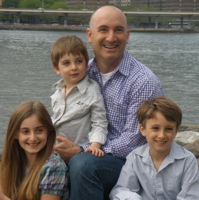 “The world is complicated enough, let alone having two different governments having to form a partnership,” he said. “And I think the Mayor has clearly made this a legacy project of his, and we’re bullish that the balance of the funds will materialize from the city in the next four years.”

More of Pier Six will be rolled out in a couple of months, with attractions like sand volleyball courts and a restaurant slated to open. Though right now “it’s feeling pretty magical” in the park, Kramer was able (with some gentle prodding) to name at least one aspect that could be improved.

“Access to the park from the Promenade is the one missing link right now,” he said, and agreed with my anti-parachuting position. “We want to minimize parachuting. That’s what the Conservancy is committed to.”