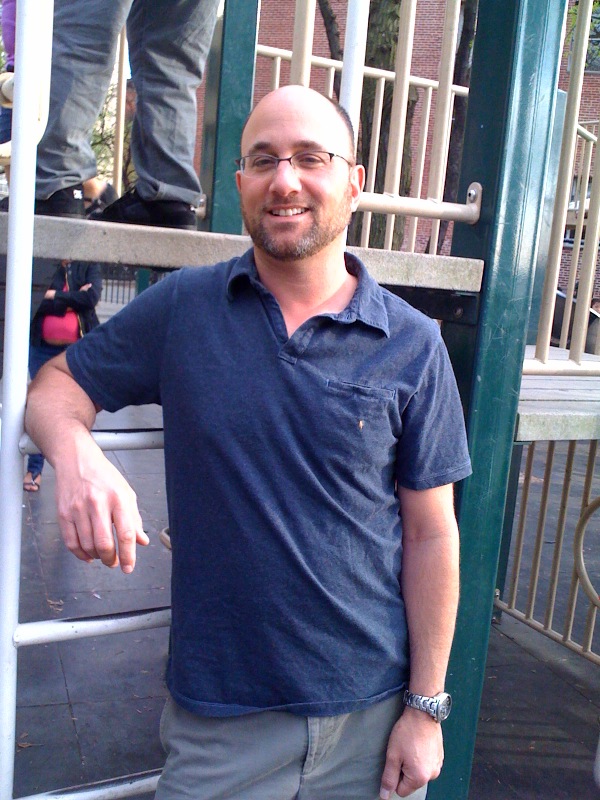 In a society where children often have more highly developed social lives than their parents, it’s still surprising to discover that playgrounds have “committees.” But as this relative newcomer to the borough is learning, in Brooklyn nearly everything is backed by a powerful yet friendly organization of motivated but not overbearing citizens. Why should playgrounds, that most innocent of recreational venues, be any different?

In Brooklyn Heights, the non-profit, all volunteer Playground Committee was formed in 1974, and its role remains much the same, according to current president David Wieder.

“The Committee oversees three playgrounds,” he said as he sat in one of them—Pierrepont Playground—on a recent afternoon, looking much like a kid himself in khaki shorts, a polo shirt, and sneakers. “We act as a liaison between the Parks Department and local parents, we put on local events, and do things the city doesn’t.”

Those functions include filling and maintaining the sandbox at Harry Chapin Park on Columbia Heights and Middagh Street, organizing fundraisers and the city-wide It’s My Park Day activity each year, and painting fences and planting flowers.

BHPC [bhplaygrounds.org]  is also responsible for hiring people to lock up the playgrounds at night, a task the city does not perform. They do, however, open the playgrounds in the morning, Wieder said, but this seemed curious: playgrounds don’t need opening if they can’t get closed.

Besides Pierrepont and Chapin Playgrounds, BHPC also has jurisdiction over Palmetto Playground on Willow Place, but Wieder said that the Willowtown Association does such an excellent job with its upkeep that there’s not much for him to worry about there. Phew.

Of all the playgrounds in the Heights, Pierrepont is the most popular, which Wieder chalks up to its location (right on the water) and size (huge). Wieder lives on Hicks Street with his wife and two young sons, and he first became involved in BHPC around five years ago, just after their eldest turned one.

“A few of us wanted to see how we could get more sand in the sandbox at Chapin,” said Wieder, an investment consultant for socially and environmentally responsible companies. As he became more involved with the Committee, Wieder ascended to the presidency. He’s served for five years, and thinks this will be his last.

But he’s going out with a bang, riding high off the success of last weekend’s annual Easter Egg Hunt in Pierrepont Playground, where he estimated at least twice the normal amount of children showed up. That Hunt, along with the free and fantastic Summer Arts program and the legendary Halloween Parade are the BHPC’s big three events each year.

The Halloween Parade, a true spectacle, has grown in recent years to nearly 500 kids. Wieder mapped out the route—from Pierrepont Playground, kids march down the Promenade to Remsen Street, then up Montague Terrace back to the Playground—and smiled.

“It takes about an hour to do a walk that a grownup by themselves could do in about five minutes,” he said.

The playgrounds of the Heights seem sound, and Wieder is generally pleased with the level of cooperation from the Parks Department and from the Brooklyn Heights Association, both of which provide much-needed support. Of course, BHPC, like any non-profit, could always use more.

“The only complaint is that more folks don’t know about us to get in touch with us and get involved,” he said. While there is an invested group of area parents who recognize that playgrounds don’t maintain themselves, BHPC needs more volunteers and donors.

“We spend hours and hours when our kids are little here in the playground,” he said. So a $100 donation divided by the amount of hours spent in the park “translates into pennies.”

Then, summoning his own inner child, Wieder met up with his wife, his sons and his dog, and made a beeline for the ice cream truck parked conveniently outside the playground. It’s a residential—not merely a presidential—perk.