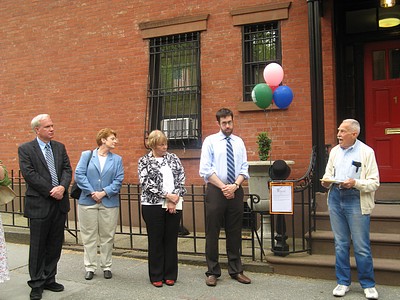 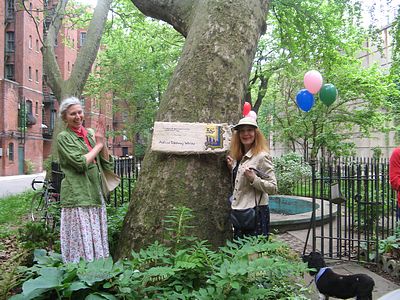 Following his speech, Smith led those gathered for the fair on a short march down Joralemon Street from Willow Place to the courtyard between the Riverside buildings and the wall below the elevated BQE, where a grove of trees and garden is threatened by the plan of Riverside’s owner to build a parking garage. There, several neighborhood residents spoke against the plan, and a panel honoring White was hung around the trunk of one of the threatened trees by Willowtown Association Board member Jean Campbell (at left in photo above) and Riverside resident Amanda Trees.

P.S. 8 Paddlewheeler Fest Today
Willowtown Spring Festival: And There Were Pony Rides Too