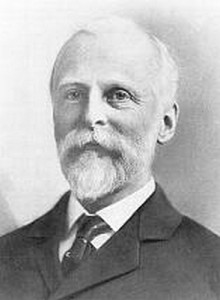 The Annual Willowtown Spring Fair will be held on Saturday, May 16 from noon to 5:00pm on Willow Place and, according to the Willowtown Association’s press release, “will feature an Alfred T. White impersonator, pony rides, face painting, standing games, races, food served by Jones Bar-B-Q of Atlantic Avenue, a blues music group, a raffle, a silent auction, table boutiques selling a variety of items and a performance by the Heights Players.”

Alfred T. White (1846-1921), a civil engineer, builder and urban visionary, was responsible for the construction of the Riverside Buildings, which are located between Columbia Place and the BQE, south of Joralemon Street, and which have been in the news recently because their present owner is constructing a garage in their courtyard. White was also responsible for the Home and Tower apartment building complexes on Hicks Street in Cobble Hill. These buildings were designed to provide safe, healthful and affordable housing for poor families who, at the time (the late nineteenth century) in Brooklyn could only find accommodations in dismal, crowded, often unsanitary tenements.

White became involved in providing better housing for poor people through his activities as a congregant of the First Unitarian Church at Pierrepont Street and Monroe Place. First Unitarian was prominent then, as it is now, in promoting social justice. White became a teacher and the superintendent of a settlement school for poor children established by First Unitarian, and which was located at the site of the present day A.T. White Community Center, at 26 Willow Place. More detailed information about White’s life and career can be found in this brief biography.

Proceeds of the Fair will benefit the Willowtown Association, which has as its purpose “to address issues impacting the quality of life for the residents and serve as their collective voice and advocate.”

Update: Reader Monty provides a link to the Willowtown Association’s web page on the Fair.

Update-update: Chela, of the Brooklyn Historical Society, provides another link, this to her post about a new book, The Social Vision of Alfred T. White, which includes contributions from several authors who did research on various aspects of White’s life and career. The book is published by Proteotypes, the publishing arm of Proteus Gowanus, and much of the research for it was done at the BHS library.