Give the Gift of Movies Filmed in Brooklyn Heights

Stuck on what to get your Brooklyn Heights obsessed friend/family member for the holidays this year? Or wondering what entertainment you can offer your Thanksgiving guests? Behold! Our list of films shot in Brooklyn Heights – you can sit around the flat screen and marvel at the local sights included in each.

Here’s our list (feel free to add more in the comments below):

Moonstruck
It’s arguably the most well know movie shot in Brooklyn Heights. Take the opportunity to shout out – “hey look that’s where Jack the Horse is now!” while watching the flick with friends. And also pour one out for the “Moonstruck tree”.

The Sentinel
Where 10 Montague Terrace plays a crucial and SPOOKY role.

Three Days of the Condor
The classic thriller features scenes outside 175 Remsen, as well as Cranberry Street between Willow and Columbia Heights.

Prizzi’s Honor
The classic mob tale was shot on Pierrepont Place as well as at 57 Montague Street. 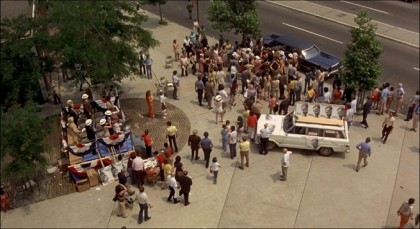 Taxi Driver
You talkin’ to me? Well – SPOILER ALERT – the climax of this classic on Cadman Plaza West near Park Plaza Diner. 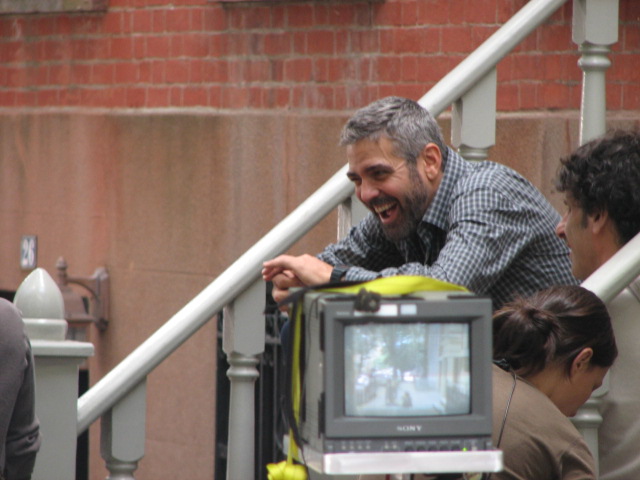 Burn After Reading
This Coen Brothers vehicle saw Brooklyn Heights doubling for Washington D.C. George Clooney wooed the crowds of fans who flocked to the area to watch the filming at locations mostly in the North Heights.

Delivery Man
This sort of watchable Vince Vaughn comedy took over much of the North Heights while filming here in 2012.

The Immigrant
Starring French actress Marion Cotillard and Joaquin Phoenix, the 2013 film set in 1920 about two girls from Poland in search of a new start and the American dream.

The Wolf of Wall Street
Leonardo DiCaprio shot a scene for the film here in 2012.

They Came Together
The Paul Rudd/Amy Poehler comedy shot here in 2012 and folks lined up to watch filming at the Clark Street Tazza.

For Pete’s Sake
Streisand and a herd of cattle romp through the neighborhood in this madcap comedy.