Consider this the week that the “Delivery Man” took over Brooklyn Heights. Locating a street where the feature film shoot from 533 Kids Productions isn’t shooting in the neighborhood is easier than naming all those where it is. Tuesday’s scheduled filming near and along the Promenade was postponed until Wednesday because of cloudy weather—meaning that vehicles forced to move Monday on Montague Terrace, Pierrepont Place, Pierrepont Street and Remsen must repeat their desertion act Tuesday evening.

Meanwhile, vehicles were banned along parts of Orange, Cranberry, Clark and Henry streets, as filming ensued (with an abundance of kids present) early afternoon Tuesday along Orange Street. “Delivery Man,” due in 2013 and starring Vince Vaughn, Ben Bailey, Cobie Smulders, Britt Robertson and Chris Pratt, centers on a man whose life is turned upside down when he learns he’s fathered 533 children as a sperm donor. When a bunch of the kids want to meet their dad, he must decide whether to reveal his identity.

See vehicle restrictions for Tuesday at 10 p.m. below the jump, along with more pics from Tuesday’s shoot. For questions or concerns, call 533′s Location Department at 646-513-2360. (Photos: Chuck Taylor) 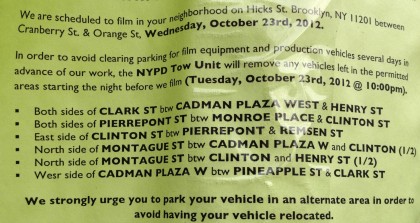 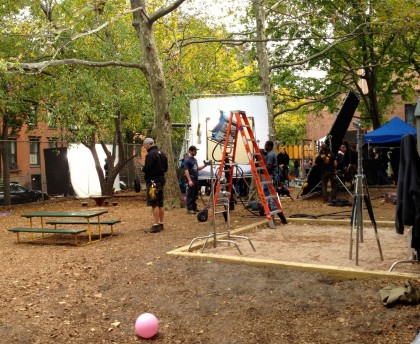 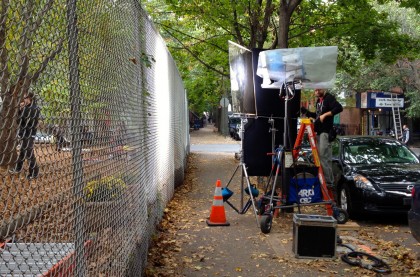 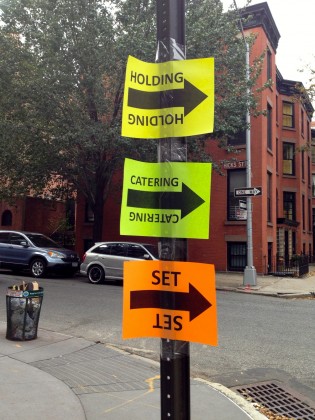 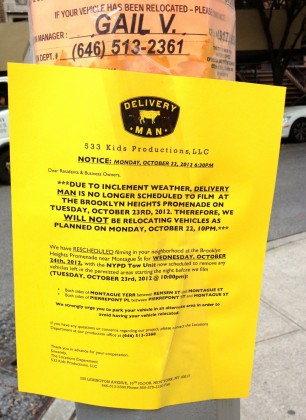 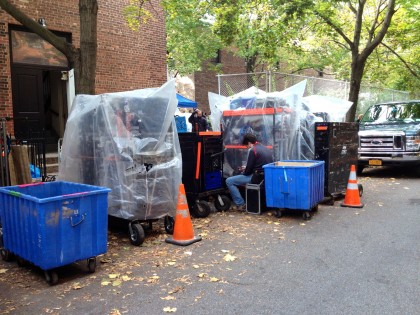