Starring French actress Marion Cotillard and American actor Joaquin Phoenix, “Low Life” is described on the neighborhood post as “a feature film set in 1920 about two girls from Poland in search of a new start and the American dream,” however, a more descriptive outline can be found online:

Cotillard plays Sonya Cybulski, a woman trying to immigrate from Poland, in the romantic drama directed by James Gray. Sonya’s American dream turns into a nightmare, while sailing to Ellis Island and a new start, as her sister grows deathly ill and she is forced to trade sexual favors for medicine and food to keep her sister alive. Once they land, she is warned to keep quiet about what happened. With no place to go, she falls prey to a charming sleazebag (Phoenix), who persuades her to turn tricks in New York. 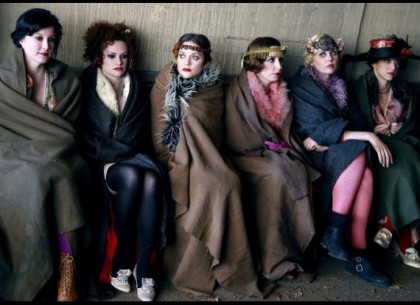