Steve Levin used to work for Vito Lopez. In light of recent events, Vito Lopez is not such an awesome dude. What with the scandals which have basically changed his name to “The Disgraced” Vito Lopez. So this would make Steve Levin, who has represented NYC Council District 33 for the last 4 years, totally not an awesome dude as well. At least that’s what Democratic rival/Brooklyn Heights resident Stephen Pierson’s entire campaign has been based upon in this year’s primary.


This week, residents of the district, which includes Brooklyn Heights, received what could have been considered a great anti-Levin mailer four years ago. It shows Levin as a “Council Member with Strings Attached”. GET IT? The strings are DARTH VITO! 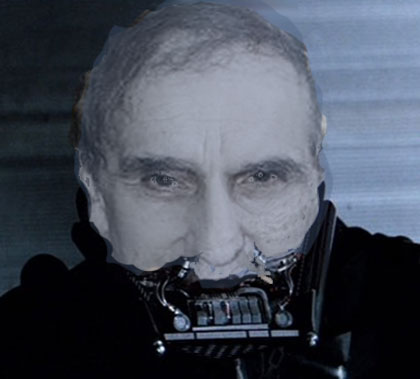 In mid-July, the press (which includes us… go figure) received dispatches from Pierson’s campaign manager Diana Gonzalez stating that, “Evidently, Steve Levin is asking the Super PAC that REBNY is funding for a $100-$150K mail program run by the Parkside Group.”

We received that email on July 18. You know what was happening in the district on that day? This:

SUNY is creating a healthcare crisis in Brooklyn. Abide by the law, #SaveLICH! pic.twitter.com/IgcwtupwQl

So naturally, we asked Ms. Gonzalez for the candidate’s statement on developments that week at LICH. We’re still waiting for her response. (Note: Pierson did issue a presser in June about LICH here. And this week he released his transportation policy.)

Politicker: “The accusation made … by the Pierson campaign is totally false and utterly reprehensible,” Mr. Levin said in an email to Politicker. “I have not asked for the support of Jobs for New York PAC, I would not accept their support, and I respectfully ask that Jobs for New York PAC stay out of the 33rd District Council race.”

A source with the PAC backed up Mr. Levin and said the allegation that Mr. Levin reached out to them was false.

As for the latest Lopez linking salvo from the Pierson camp, Levin tells Politicker, “I call on Mr. Pierson to disavow such tactics immediately, to cease employing them, and begin talking about the issues that matter to the residents of the 33rd District.”

Levin and Pierson are reportedly scheduled to debate 3 times before the September 10 primary.