Studies show that for all its diversity, NYC has one of the most segregated public school systems in the country.  Almost two academic years after the re-zoning of P.S. 8 and P.S. 307, the District 13 Community Education Council will hold an important forum on Tuesday evening (May 16th) as part of its scheduled calendar meeting. 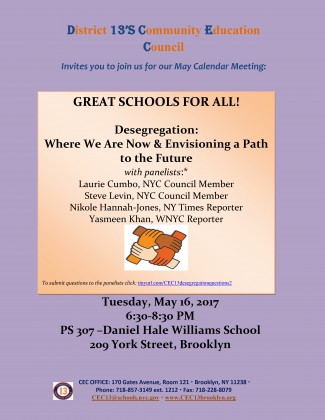