The Tale of the Truck

This morning your correspondent was having breakfast and, hearing some commotion outside, looked and saw an eighteen wheeler with a lo-o-o-ong trailer vainly trying to turn the corner from Montague Street to Pierrepont Place without doing damage to a parked car or to street signs. 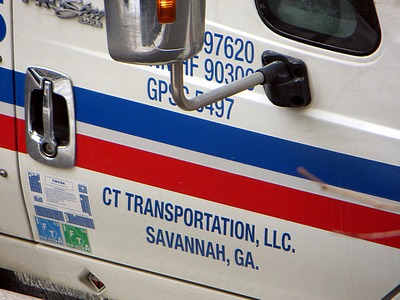 The tractor was a long way from home. 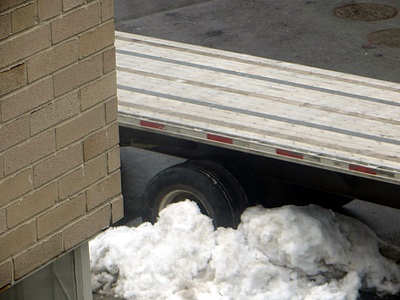 The trailer’s wheels were in a snowbank. 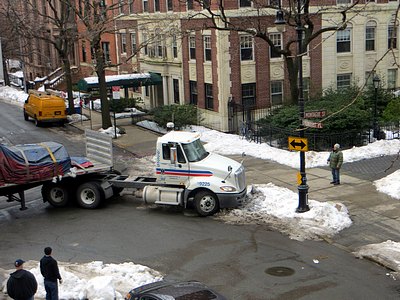 With help from some onlookers, the driver was able to maneuver the trailer so it was pointing back along Montague. 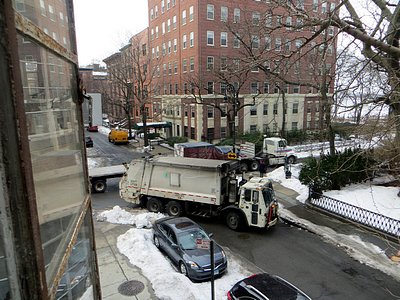 The truck then pulled forward onto the Promenade entrance. This allowed a sanitation truck and other traffic to get by. 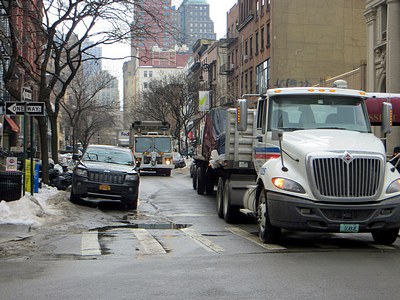 Next, the driver backed the truck all the way along Montague and across Hicks, stopping in front of the Bossert. A Fresh Direct truck and a van parked on Hicks had to move to allow room for the big rig to make the turn onto Hicks. The driver had the light and was about to start making the turn when an ambulance siren started wailing. The driver waited so several cars on Hicks could cross against the light and let the ambulance through. 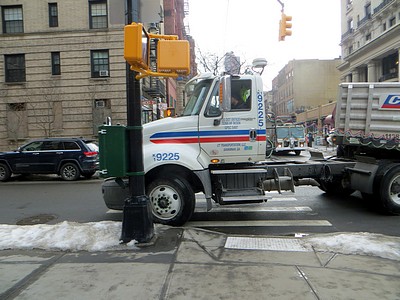 The driver gingerly maneuvered around the corner… 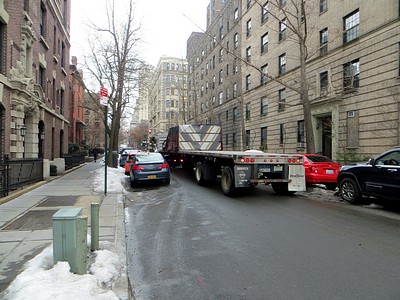 …and made good his escape. An onlooker told me the driver was delivering a load of drywall to a construction project on Pierrepont Street, and had been directed to Montague and Pierrepont Place by his GPS.

Your correspondent has seen several similar incidents at Montague and Pierrepont Place involving large trucks, although in all the previous instances the driver eventually was able to make the corner. One driver said he was following GPS directions to the Brooklyn Navy Yard. A neighbor said her navigation system had once advised her to take Montague Street to Furman Street; something one could have done before the construction of the BQE.