A BHB reader sheds some light on why the city may have taken one of the trees at Cranberry Street and Columbia Heights down last week.

“Cedric” writes us that he called 311 about the tree:

On my way home one evening I had seen a fungus growing out of the tree and called 311 to report this to them. I am not sure when this was but it was many months ago. I later received some messages from the Parks Department and I do not recall much about them other than they did not say much.

I fully support [the] contention that the tree should only have been felled if diseased or infected beyond healing such that it was endangering people or other trees. Naturally this should be decided by a competent person and maybe it was. It should never have been felled because someone reported it to have some fungus and I desperately hope this is not what happened. 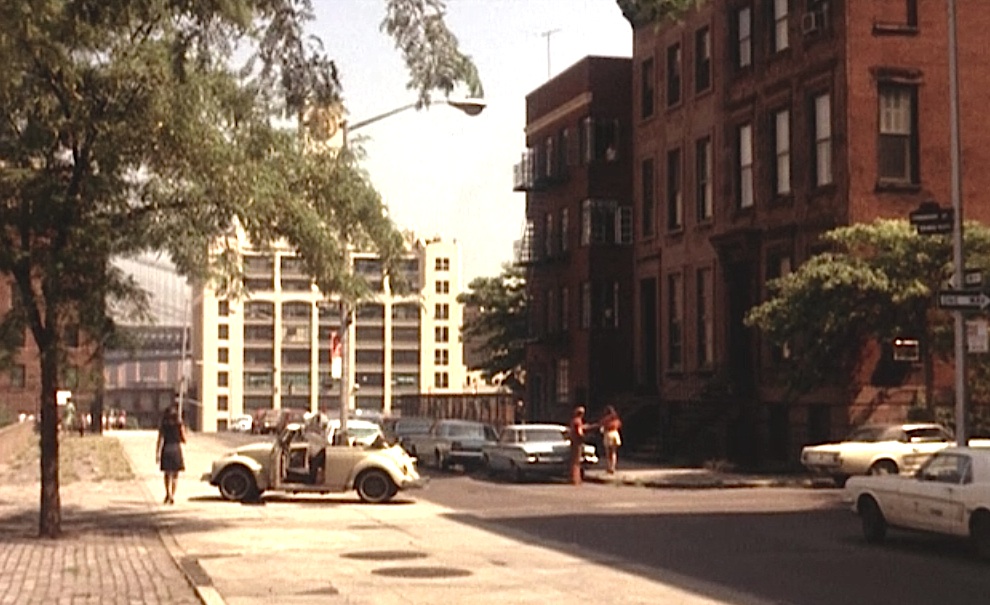 The downed tree in its young and care free days as an extra in the 1970 film “The Landlord” (right).

Pour One Out For: Atlantic Avenue’s Module-R
Design Within Reach Bugs Out Of Brooklyn Heights