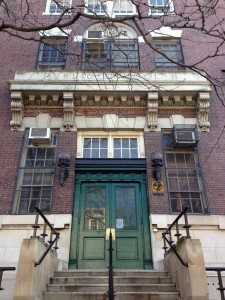 P.S. 8, also known as The Robert Fulton School, has announced it will cut its pre-K class in 2014 due to lack of space.

However, the school will be adding an 8th grade class next year. (It is currently pre-K-7th grade.)

Assistant Principal Robert Mikos told DNAinfo, “We are growing and this is a matter of space … We are over capacity and we absolutely needed the extra room.”

The handwriting seemed to be on the wall for the pre-K class, as last year fewer than 9 percent of the children who applied were accepted, with only one not having an older sibling already enrolled.