Pierson’s RBSCC Allegations Against Levin: Does He Strike A Chord Or A Brown Note?

A dispatch was just received by BHB and it’s already causing a Twitter war between NYC Councilmember Steve Levin and his challenger in the Democratic primary/ Brooklyn Heights resident Stephen Pierson. Levin has already issued a Google doc that offers his perspective on Pierson’s allegations. Read it here. These are Pierson’s allegations, as sent out in a presser from his campaign:

The campaign of Stephen Pierson, Democratic candidate for City Council in the 33rd District, has found that his opponent, Council member Steve Levin, is responsible for sending an eye-popping $6.679 million to Ridgewood Bushwick Senior Citizen’s Council (RBSCC). RBSCC, Vito Lopez’s so-called nonprofit organization, is riddled with fraud claims and has been the target of numerous city, state, and federal investigations.

The full report, which was conducted by an outside investigator, can be found here: http://piersonforcouncil.com/s/RBSCC_Levin.pdf

The funds that Levin sent to RBSCC are those that Council Members are allocated to provide services to their constituents. But Ridgewood Bushwick is not even in the 33rd district, and does not serve its residents.

Said Pierson: “It is disgraceful that the people of the 33rd Council District are paying the real price for Levin’s political debts.”

Even more surprising is that fact that Levin tries to cover this up, claiming publicly that he only sent about $1 million to RBSCC.

“To send $6.67 million out of our district, to Vito Lopez’s infamous non-profit, then lie about it, is outrageous,” said Pierson. “Whether he sent $1 million or $6.7 million to Vito’s corrupt, out-of-district organization, it’s still too much.”

“I pledge never to use taxpayer dollars to pay political favors. Every single one of my discretionary funds allocations will benefit this district.” 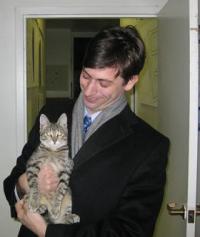