Botched Break In at Browning Frames and Prints 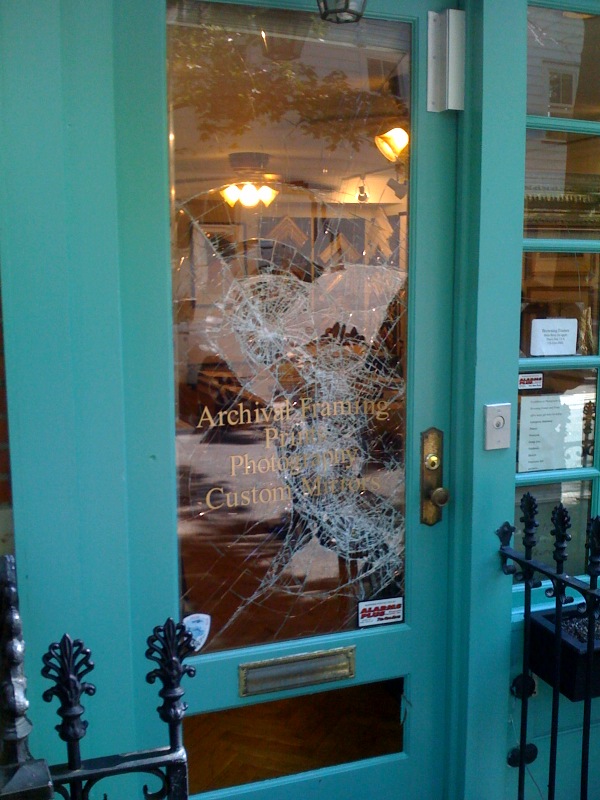 Someone tried to break into Browning Frames and Prints on Cranberry Street around 4am, owner Katie Browning tells BHB.  An eyewitness account claims that a caucasian male about 6 feet tall hurled a huge rock at the store’s glass door, damaging but not breaking through it.  He also kicked in the lower portion of the door in his futile attempt to gain entrance.  The entire front facade including the door were just painted and redone last week. 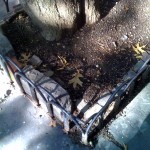 According to Browning, the witness claims the perp was dressed in full white chef’s garb and was carrying what appeared to be a pizza box.  NYPD was on the scene this morning and have seized the rock (most likely taken from the tree box in front of the store) to examine for traces of the scoundrel’s DNA.

Thank You, Marty
William Hurt Goes (For) Nuts (Allegedly) at Jack the Horse