William Hurt Goes (For) Nuts (Allegedly) at Jack the Horse 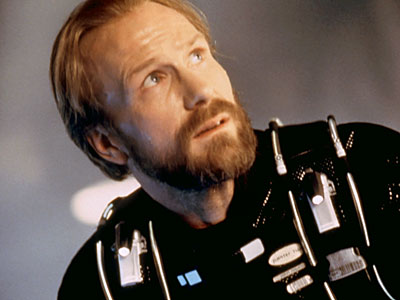 Whether your drink of choice is the Man/Woman of Leisure or a lovely glass of The Cab, it’s always good to know “when to say when” at Jack the Horse.  After all, you live here, right?

Our new celebrity neighbor, William Hurt who has undergone treatment for alcohol abuse at both the Betty Ford Clinic and the Hazelden facility in Minneapolis, apparently didn’t get that memo if a report in the National Enquirer turns out to be true.

Now we know why they call him William “Hurt.”

The Oscar-winning actor grabbed a male customer by the “private parts” and manhandled a bartender during a bizarre booze-fueled display at a New York tavern recently, an eyewitness told The Enquirer exclusively.

Hurt, 58, had been patronizing Jack the Horse Tavern in Brooklyn Heights, NY, nearly every night for several weeks up until his bizarre meltdown, according to Tavern staff. Everything had been fine until that fateful evening.

“I have never seen anyone behave the way he did that night,” said the eyewitness.

“It was well after midnight when he arrived. He was drinking scotch and he proceeded to talk to the customers at the bar about his life as a film star.

“He said that when he worked on a film with Ted Danson, the first thing he did was grab Danson by the private parts and ask him, ‘Do you trust me?’

“Then he actually demonstrated this on some guy at the bar! The man fled afterward.”

When other patrons started to leave, the bartender refused to serve more alcohol to the “Big Chill” star.

Not for nothin’ but, if Hurt wants to drink with the BHB crew holding court and talkin’ show biz we’re up for it.  I’m sure we can find someone who’d be open to the twig ‘n’ berry grabbing as well.  Maybe bartender Maxwell can conjure up a new JtH cocktail – the William Twigenberry.

Botched Break In at Browning Frames and Prints
Where is the Fruit Dude?