Break-In at Jack the Horse Tavern 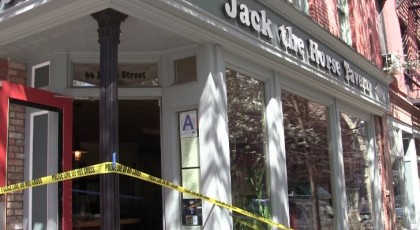 Jack the Horse Tavern owner Tim Oltmans got a rude awakening this morning when he showed up to work. “We had a break-in,” he said. “We think they used a brick to smash the glass [on the door].” More info after the jump.

The perps also turned off the light above the door to hide their activity; then once they got in used Oltmans’ toolbox to break the locks and get into the office. That’s where they hit paydirt. “They got a lot of cash,” he said. “The police are coming by soon to take fingerprints and collect evidence.”

But although the restaurant has taken a hit, Oltmans said will be open this evening. “I just have to find someone to fix the glass. And I guess I’ll have to go to the bank and get some cash.” (Update: Per commenter @Jackson, the restaurant will re-open Friday.) 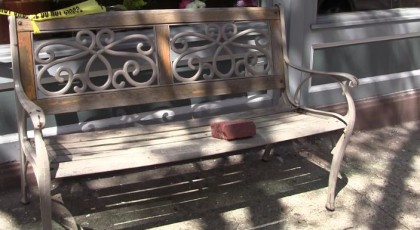 The brick that is believed to have been used to break the glass. 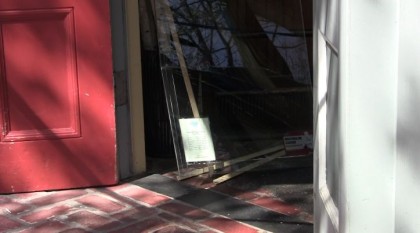 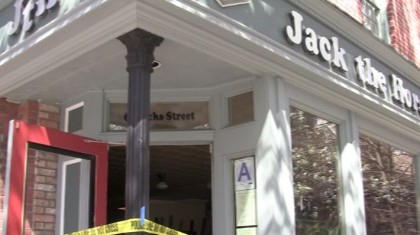 The robbers turned off the light above the entrance. 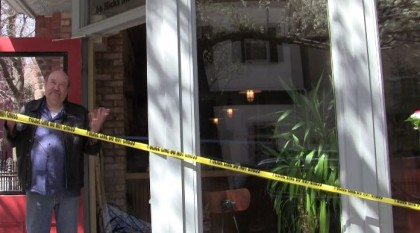 Chef and owner Tim Oltmans tries not to let the break-in get him down.