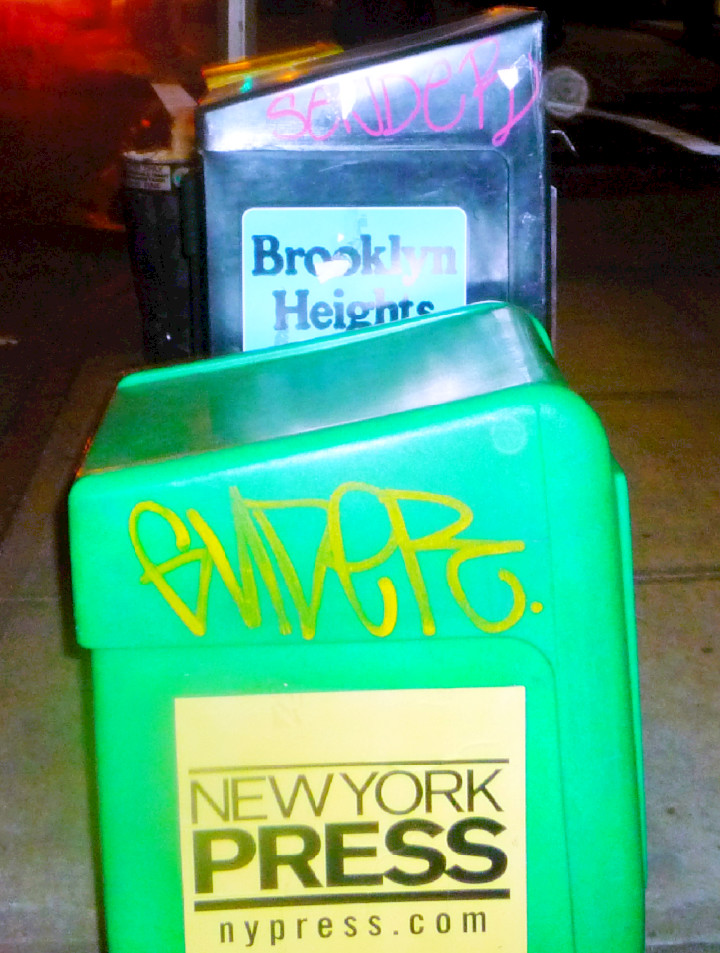 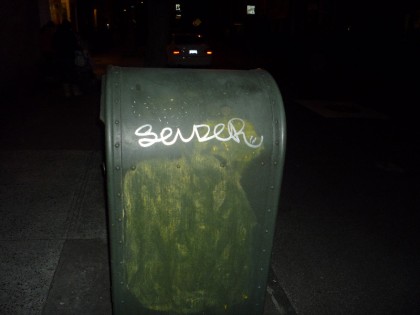 This morning, BHB commenter AEB speculated that Guder had freshly tagged the mailbox at the southwest corner of Hicks and Middagh.  Closer inspection reveals that Guder’s November tag has been erased but has been freshly replaced by “Sender”, written in an eerily similar style to the Guder.  Law enforcement sources suggest to BHB that taggers  could resort to changing their moniker after being caught.

Sender’s “art” has also made its way to a mailbox at the corner of Cranberry and Willow, a utility box in front of 80 Cranberry and newspaper boxes in front of the Brooklyn Heights Cinema.  Those boxes offer the best in-person side-by-side comparison of the two tags.

Markings on the facade of Jack the Horse (66 Hicks Street) believed to be new by some commenters, turned out to be the same tags we reported on in November.

At the time of Daiuto’s November arrest and reported admission, Community Board 2’s Robert Perris told the Brooklyn Paper, “There will be pressure on the District Attorney’s office to do more than just a slap on the wrist… We’re not talking about 14-year-olds. This is not a youthful indiscretion, but an adult decision.” 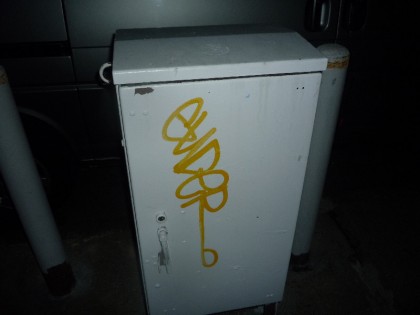