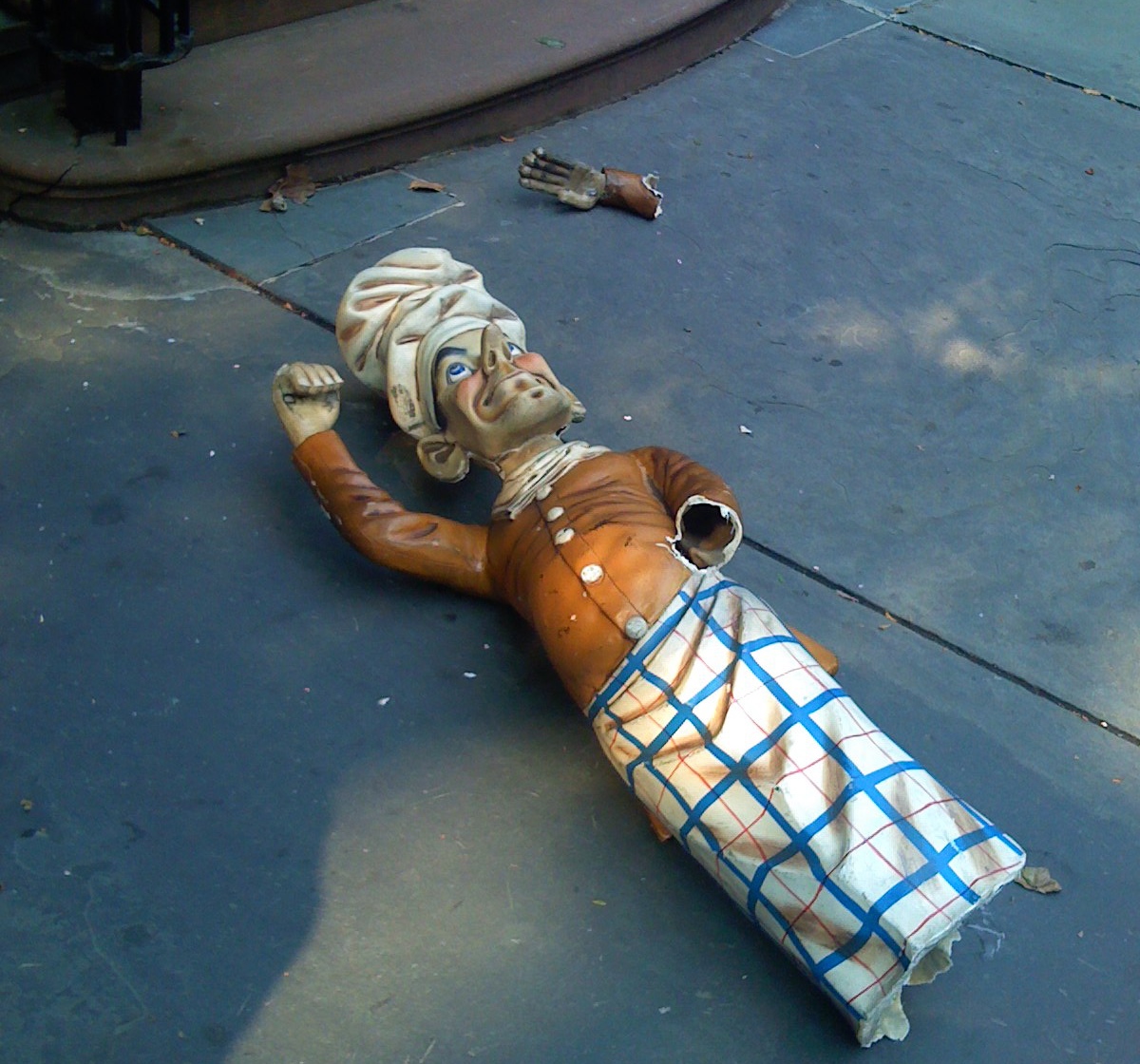 A while back, we reported on what seemed to be a trend of restaurant mascot assaults.  “Aram” writes to the BHB Inbox with word of another senseless attack:

You may be interested in this.  This morning (saturday), around 9:30 a.m. I was walking home from having breakfast on the promenade in Brooklyn Heights, and when I reached Remsen between hicks and henry, I saw something strange on the ground.  It was a broken statue, much like those that appear outside tacky restaurants to hold a menu of daily specialties.  His legs were missing and his arm was broken.
Then, at the edge of the block (henry), I saw his feet.  It looked like someone carried him (possibly from Monty Q’s, though I did not check), down the block where his legs snapped off… in a panic, the vandals (ok, alleged vandals) then rushed down the block heading towards the promenade when they ditched the statue, thereby breaking off his arm.  That’s my Law & Order style hypothesis.  Anyway, I thought you guys might be interested in the photos (taken with my glorious iPhone).