Damages to Film in Brooklyn Heights on Thursday 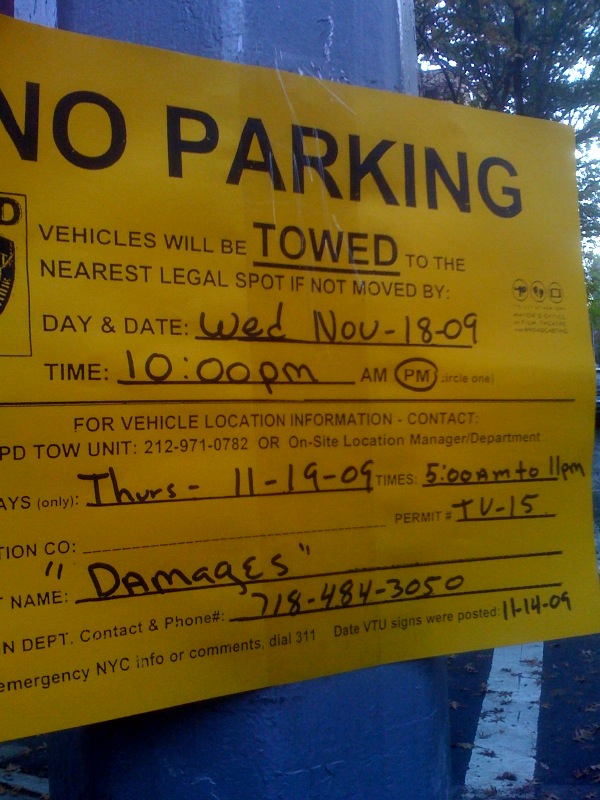 Brooklyn Heights is no stranger to the FX drama Damages which filmed much of its second season in and around Brooklyn last year.    Oscar winner William Hurt took up temporary residence on Willow Street during the filming and even caused some controversy at a local bistro.

The series is now shooting its third season, stopping recently in Ditmas Park, and will set up shop around Cranberry and Willow Streets this Thursday. That means if you’re parked around there you’ll need to get your car off the street by 10pm or risk “relocation”.

While Hurt is not expected back this season, the show has added some more star power to its cast: Campbell Scott, Martin Short, Lily Tomlin, Keith Carradine and Reiko Aylesworth.