Instead of the usual comparative pix of Piers 1 and 6 (for what’s going on there now, you need to see Karl Junkersfeld’s videos of his tours of Pier 1 and Pier 6), here are three photos, all taken on Tuesday, October 13, that show new stuff going on this week. 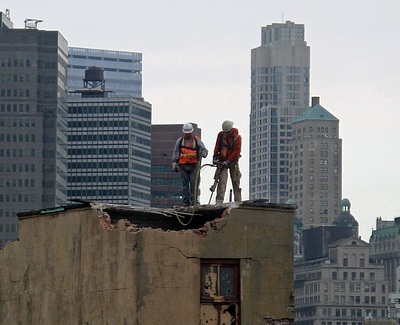 Demolition work has begun on the southernmost of the warehouse buildings inland from Pier 1. 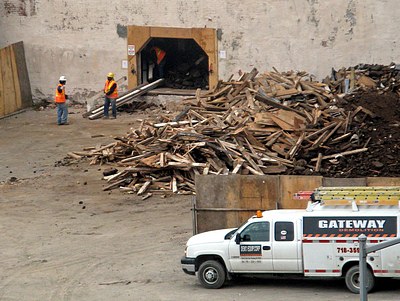 Meanwhile, timbers are being removed from the lower part of the building. These may be from a now-extinct (but plentiful when the warehouse was built in the 19th century) Southern yellow longleaf pine. This wood will be used for park benches and other fixtures. (Another photo and more text after the jump.) 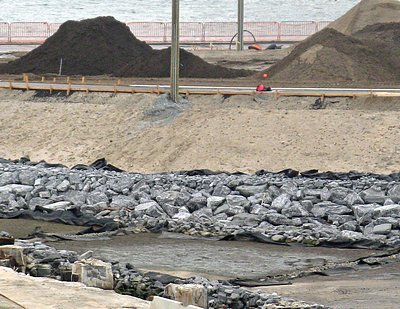 Leaves of spartina grass have appeared in the salt marsh, formerly the Grand Canyon.
Share this Story: