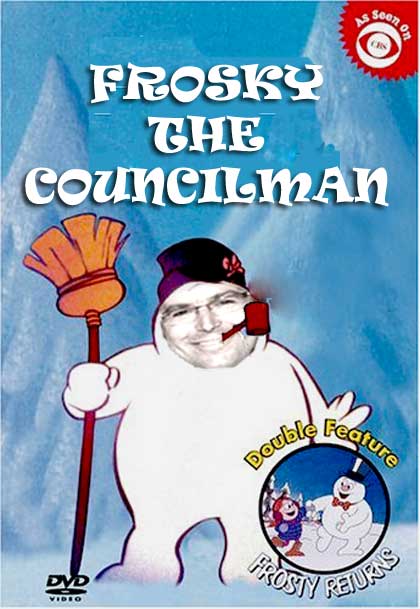 On the eve of the City Council’s public hearing about the Dock Street DUMBO development project (Thursday at 10 am at City Hall), we asked Councilman David Yassky what he’s doing to rally support against the project and how he’d feel if the city council voted for the project.

“I think my arguments are getting some traction. I don’t know how hard the administration will lobby for it, but I or a member of my staff has called every single office and said, ‘I’m opposed and here’s why.’ We’ve sent a copy of [Brooklyn Bridge historian] David McCullough’s statement.”

He’s already planned out his questions: first up, Yassky wants to know what Two Trees Management plans to charge the city for use of the school. While Two Trees has said it will only give them the shell of the school and the School Construction Authority has allocated $43 million in its five-year budget, Yassky said, “That’s like saying, I’ll give you the steak for free and charge you $34 for the mashed potatoes.”

“Don’t play my constituents for fools — they are not,” he intoned.

Second, Yassky wants to know what is behind Two Trees’ much-promised middle school and the SCA. “There’s something really fishy there,” he said, referencing emails sent within the SCA and publicly released in a recent FOIL request. “I don’t know why the SCA is so wholly committed to this project, but they plainly have failed to look for the best possible site for the public.”

And how will he feel toward his colleagues if it passes? (Typically, council members will vote the way of the district’s representative, but the Council’s zoning and franchises committee chair Tony Avella of Queens also opposes the project.)

“I will be very disappointed, and I’m going to be kind of frosty to them,” he said.

Our question came as part of a blogger breakfast Yassky held on Tuesday morning. Yassky also discussed his bid for comptroller, outlined his ideas to reform the city’s entire governmental structure, and talked about the “hard choices” the city will have to make to stay afloat in the current fiscal crisis.