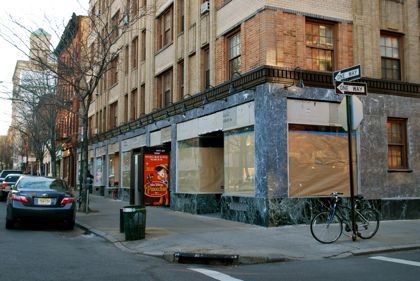 The storefronts in question (BHB/Sarah Portlock) 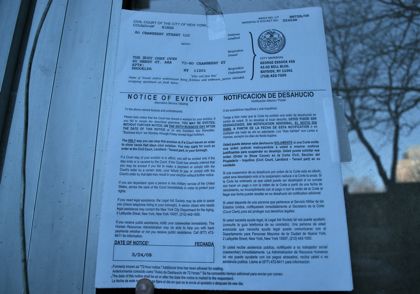 And, the eviction notices posted in the window (BHB/Sarah Portlock)

Eviction notices went up today at the former Busy Chef spot at 60 Henry St., at the corner of Cranberry Street. The four signs are addressed to “John or Jane Doe” and several shell names that the partners behind the Busy Chef empire have long used, including The Busy Chef Oven, Julia’s Blue Pig, Rue Henri Corp, and XYZ Corp.

According to the notice text, the tenants will be formally evicted by April 1 if they do not respond to the city marshal.

A message left with the building’s management company, Solil Management, which filed the eviction notice, was not immediately returned.

A message left with Alan Young, who was involved in the enterprises, was also not immediately returned.

Does this mean an even sooner move-in date for Sweet Melissa Patisserie, whose owner Melissa Murphy said yesterday she wanted to come to the neighborhood and open a bakery and ice creamery in those storefronts.