Today, March 22, is the fifth anniversary of the opening of Pier 1 in Brooklyn Bridge Park. The opening ceremony took place on a rainy day, as the photo of Judy Stanton, Executive Director of the Brooklyn Heights Association, being interviewed by NY1, shows. 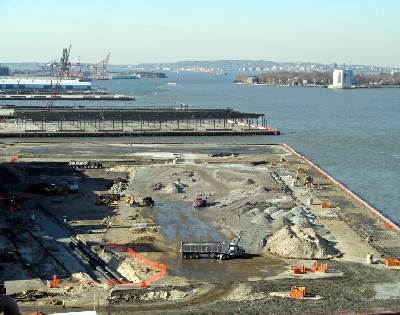 This photo, taken from the Brooklyn Bridge on March 13, 2009 shows early construction work on Pier 1. 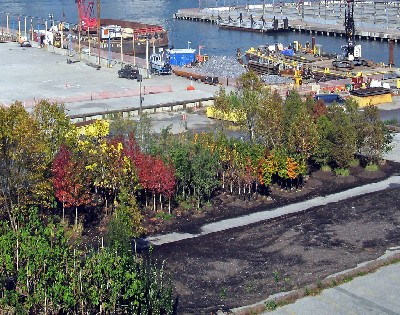 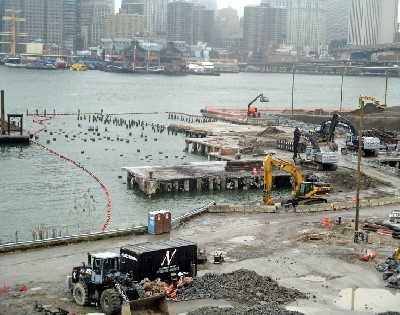 The southern portion of the pier deck is being removed, exposing the pilings; October 27, 2009. 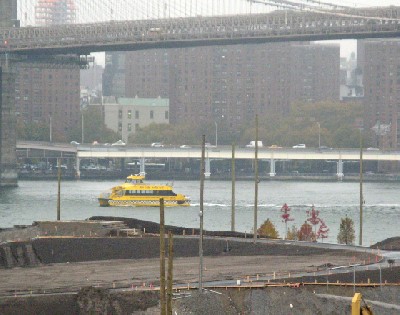