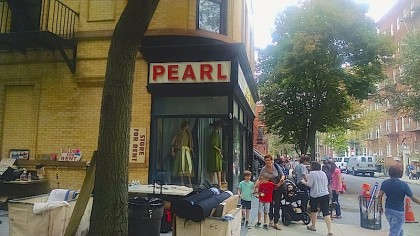 In 1958, two years before this film regarding the Francis Gary Powers incident takes place, 102 Hicks was the Towers Food Center (photo).

Tonight, residents of Hicks Street (between Clark and Orange) and Pineapple (between Henry and Willow) will have a front row seat as Spielberg and Hanks shoot a rain scene: