Back in the 70s and 80s (possibly as far back as the 60s), 50 Henry Street was an organic produce market, according to Lahm. He said there was “beautiful produce,” but the place was in a constant state of disarray and there were flies. Plus, the proprietor failed to pay the rent. So, that was the end of that. There was a period of three years where the location went through five or six businesses, including a Cuban restaurant, a generic coffee shop, and a kid’s party space, according to Lahm. Eventually it became a wine bar, but that establishment met its end when it became engulfed in a credit card skimming scandal [aka the “Busted Chef” – ed]. In June of 2009, Lahm and business partner Jim Montemarano opened a new wine bar in the space, calling it simply Brooklyn Heights Wine Bar. 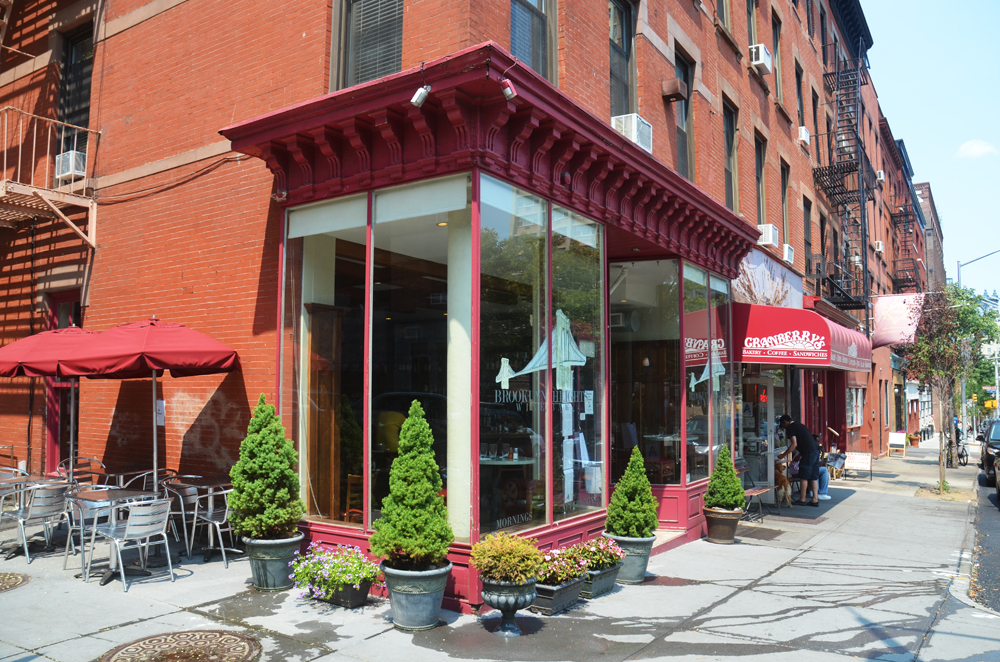 They were looking for something more casual than Henry’s End and saw this as a “natural extension” and even as a staging area for customers waiting for tables at Henry’s End, which doesn’t have a bar. Lahm is proud of his selection of Tre Bicchieri wines, some of Italy’s best, along with many wines from the 60s, 70s, and 80s. Every bottle he has is available by the glass, but those older ones have a two-glass minimum. Paul Giamatti is a celebrity regular. Salama, who has been behind the bar and waiting tables there since shortly after it opened, said the most notable thing in its history was the response to Sandy. They were open and packed. One table for four had two anchor customers while a slew of different people would occupy the other two chairs. She said that Lahm never forced any of his staff to come in during the aftermath, but if you wanted to work, he would send a cab to get you and then he’d get you home. 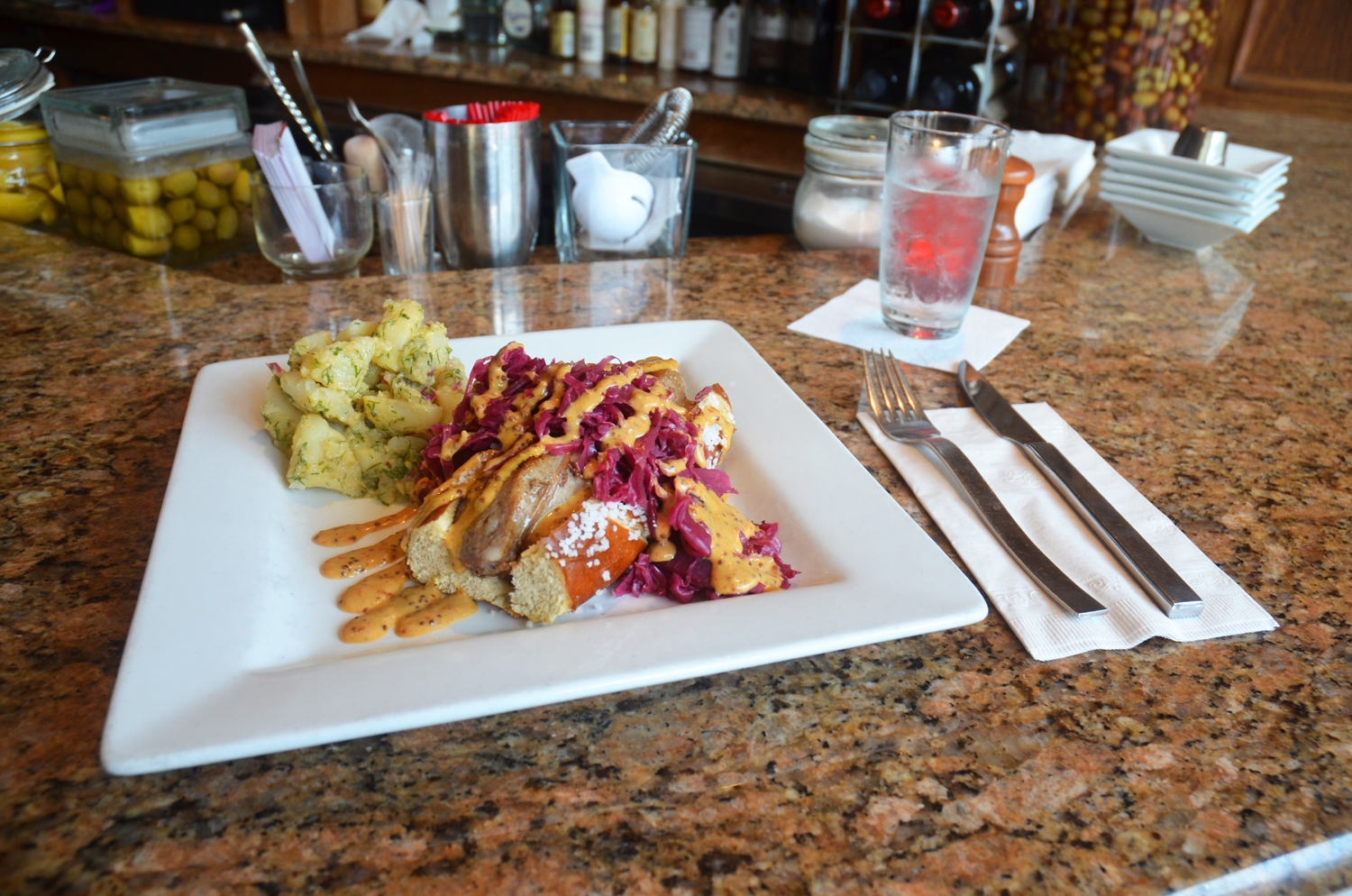 What The Owner Says To Order:
Seared Bratwurst on a pretzel roll with red cabbage, Bavarian mustard, and German potato salad. While the wine bar is more casual than the restaurant, a great many items are a full entrée in size. The bratwurst is the perfect combination of rich flavors and it will fill you up.
Alternate: Shaved Brussel Sprout Salad with pecorino, crispy prosciutto, and lemon

Now for a quick trip down Cranberry Street to Jack the Horse Tavern (66 Hicks Street – website). 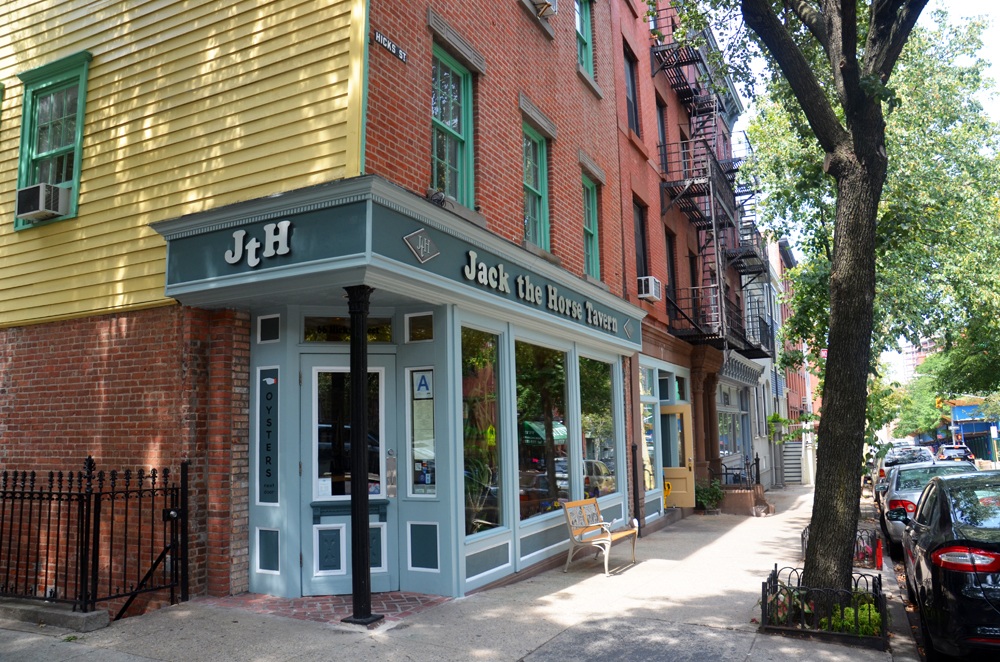 According to owner Tim Oltmans, the building was constructed back in 1829, but the restaurant actually occupies space in 66 Hicks Street and neighbor 64 Hicks Street, which was built in 1915 and was an apartment as far back as 1940, according to city records. 66 Hicks Street’s first floor was G. Marcolini Fine Wines & Liquors for 50 or 60 years, according to Oltmans. 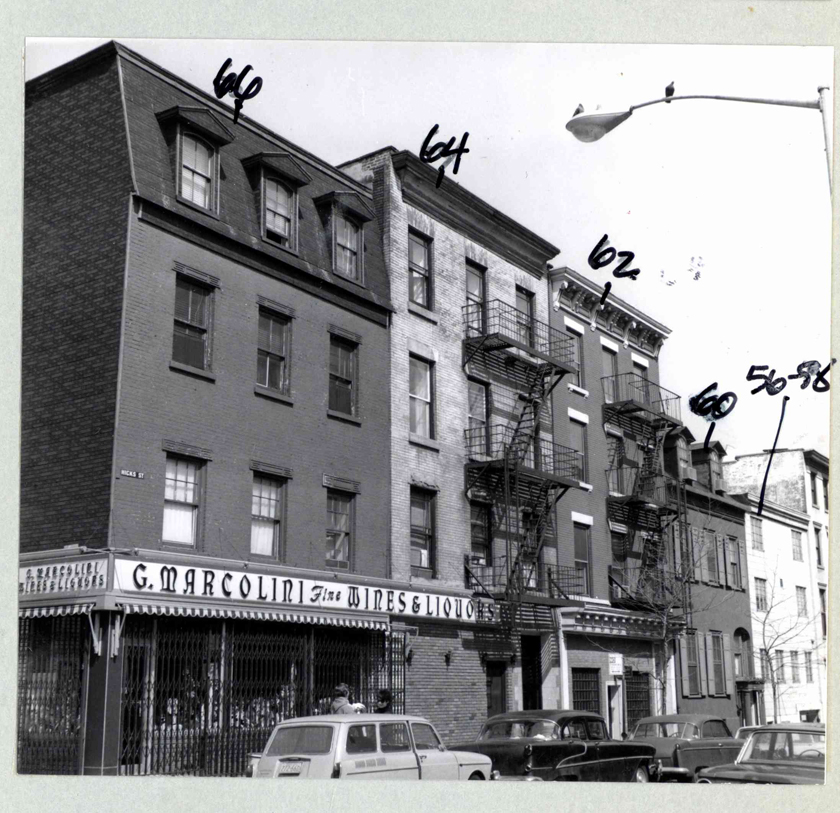 Eventually it was another wine shop and even a pet store before sitting vacant in 2006. Enter Oltmans (and his wife Micki), a native of Minneapolis, where his father’s fresh garden engrained his love of food, and veteran of restaurants Trois Jean, Gramercy Tavern, and Tabla and of the French Culinary Institute. 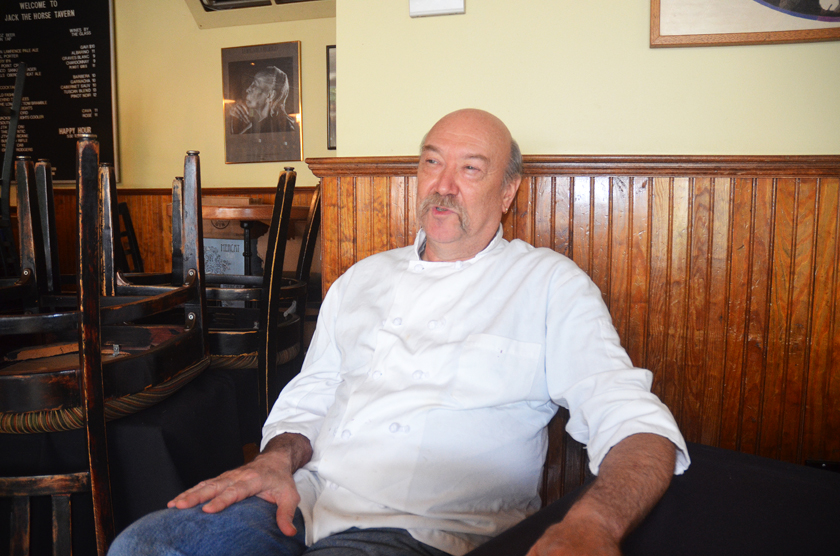 In 2008, the couple opened Jack the Horse Tavern, whose name comes from Jack the Horse Lake in Minnesota, where Tim, his father, and brothers used to go fishing.

What The Owner Says To Order:
Cocktail: JTH Negroni (made with Brooklyn Gin) or an Old Fashioned
Appetizer: Heirloom tomatoes with mozzarella
Entrée: Slow-braised short rib with cheddar grits and Brussels sprouts (Sep-Apr)