While we were digging the Finkmobile out of its Poplar Street ice palace earlier this week, the renderings of the former NYPD precinct at 72 Poplar were released. So are these designs fit for the “urban hipsters” the developers are targeting? 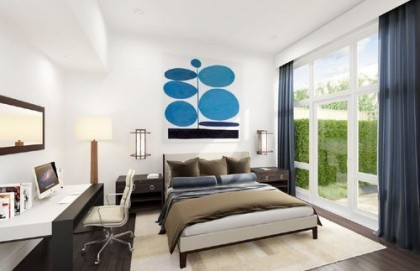 Curbed: 72 Poplar Street, the Brooklyn Heights police station that is being converted into a 14-unit condo building, launches sales this month and just released its first set of interior renderings, which show off some the apartments’ interiors as well as the building’s lobby. The Freyer Architects-designed units range in size from 1,424 to 3,368 square feet and are have asking prices between $1.6 million and around $6 million. Amenities include a gym, lounge, storage, and parking. With construction expected to be completed in the first quarter of 2014, residents are slated to begin moving in this summer. The principal of the developer, the Daten Group, told the Times in 2012 that the targets buyers are “urban hipsters starting families.”

Back in September, our Karl Junkersfeld filed this report on the project: