Kudos From BHB Reader Regarding Reno At 265 Hicks Street

This dispatch from BHB reader Andrew Porter regarding the renovation at 265 Hicks Street:

The brownstone at the NE corner of Hicks and Joralemon was fully restored in 2013, with a facade that replicated the original, which had been replaced by a boring brick one with the old stoop removed. You can see the stoop and the intricate front decoration were put back in place, the two-story bay restored, and another story, barely seen from the ground, added on top of the house, with a recessed roof deck not visible from the front or side. Also, despite having a permit for a curb-cut and parking space permit at the side of the building between the house and the fence, this was not done. Instead, the side garden was restored. Bravo to the owners! 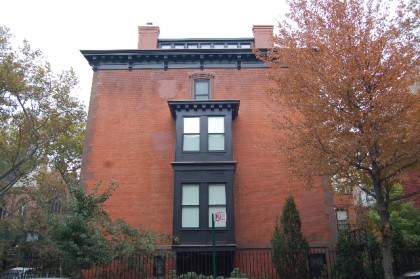 Brownstoner photo of the property before the reno.