The showy tulips, daffodils, and purple irises of May are gone from the Promenade Gardens, but these pretty red and white blossoms were, like June, bustin’ out. 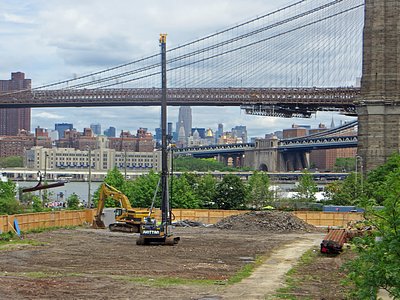 Crossing the Pedestrian bridge from Squibb Park, I noticed that preliminary work appears to be underway for the Pierhouse hotel and condo complex. 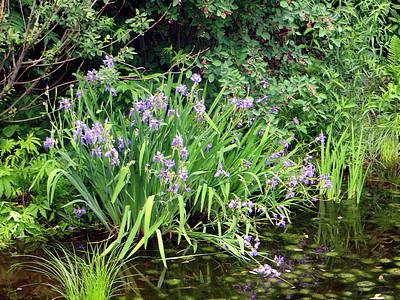 I shot this crossing the stream on the landward side of Pier 1. 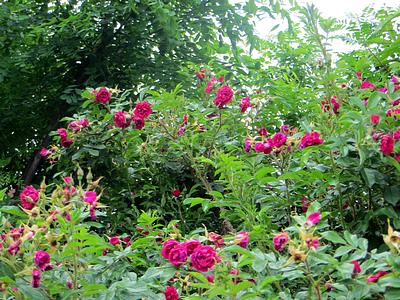 Several bushes of these small roses lined the path along the south side of Pier 1, Brooklyn Bridge Park. 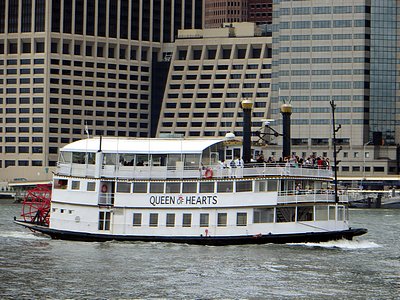 The “paddlewheeler” Queen of Hearts carried a tour group past Pier 1. 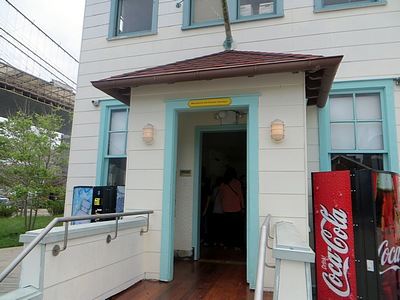 I was glad to see the Brooklyn Ice Cream Factory once again open for business. 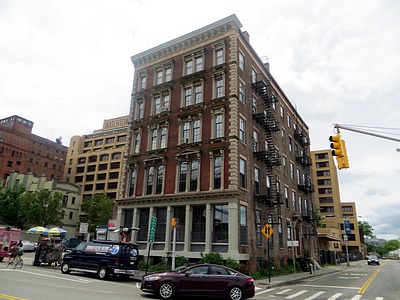 I’ve long admired this building at the corner of Old Fulton and Furman streets, in the Fulton Ferry Historic District. 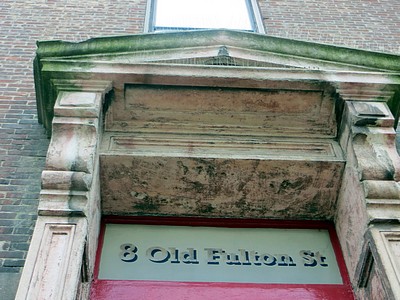 Although the main entrance faces Furman Street, it has the address 8 Old Fulton Street. According to the AIA Guide to New York City it was built in 1860-61, immediately before the Civil War. No architect is identified, although David Morton is credited with its 1975 remodeling into “the inevitable condominium apartments.” The AIA Guide (and a plaque at the Furman Street side of the building’s northeast corner) says that it was built as the headquarters of the Brooklyn City Railroad Company. Update: The AIA Guide mentions that, after the railroad vacated the building, it became a factory. Reader Andrew Porter advises that it was the Berglass Toilet Bowl Manufacturing Company that occupied the building until some time before its conversion to apartments. He also says the roof was used as the location of Jimmy Smit’s pigeon coops in the TV show NYPD Blue. 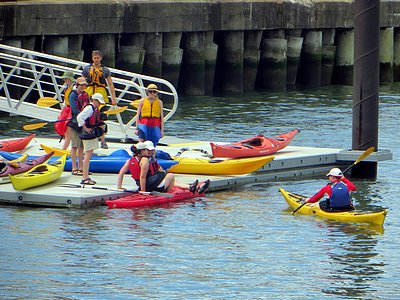 Kayaks were being launched from the new dock at Pier 2. 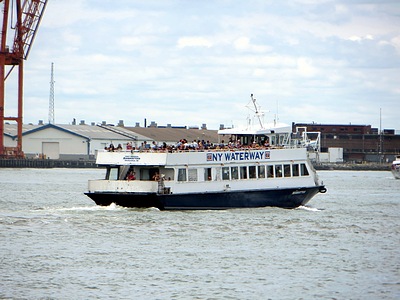 Looking south from Pier 5, I saw a ferry departing Pier 6 for Governors Island. 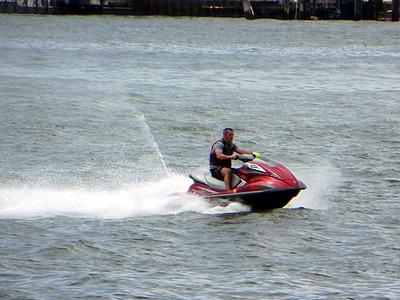 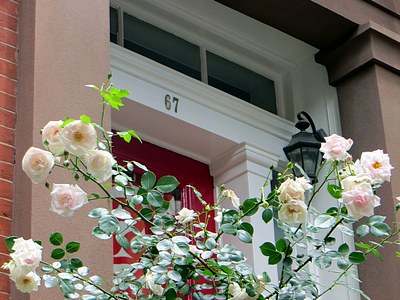 White roses were in bloom outside 67 Joralemon Strret. 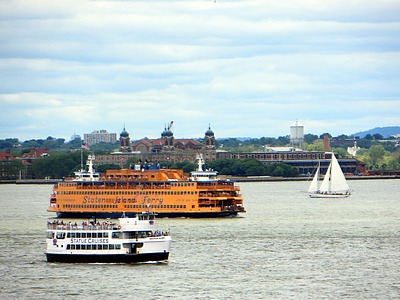 Heavy marine traffic, as seen from near the Remsen Street entrance to the Promenade. Ellis Island is in the background.