Not since Daniel “Kid” Squadron took out long time incumbent Martin “Marty” Connor in the 2008 NYS Senate D25 race has a local election been pre-packed with as much drama as the upcoming face-off in NYC Council’s 33rd district.

As in previous years the winner of the Democratic primary, held this year on September 10, will be the overwhelming favorite in the general election.

In one corner is incumbent Stephen Levin, successor to David Yassky (now TLC commishsky) and protege of the fallen Vito Lopez. In the other, Brooklyn Heights resident Stephen Pierson. As the NY Times pointed out in an April article published when Pierson, a member of Community Board 2, announced his candidacy both he and Levin are 30-something, liberal, Brown graduates. Pierson went on to start Canteen, a literary magazine with the money he made as a professional poker player which the NYT says makes him “cool”. 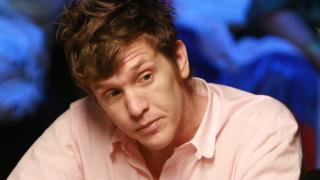 NYT: Obviously, being cool, in itself, is not a platform. Mr. Pierson’s currency lies in his antipathy for the old-school Brooklyn Democratic Party behemoth, run by Assemblyman Vito J. Lopez until he was accused last year of sexually harassing female staff members.

Before he joined the City Council, Mr. Levin served as Mr. Lopez’s chief of staff in the State Assembly. At another point, he also worked running a lead-poisoning safe-house program for the Ridgewood Bushwick Senior Citizens Council, the embattled nonprofit organization founded by Mr. Lopez that became the subject of a city investigation three years ago.

Mr. Pierson is aggrieved that, as a councilman, Mr. Levin funneled discretionary funds to Ridgewood Bushwick and has never publicly condemned Mr. Lopez’s alleged treatment of female staff members, as so many others have.

Mr. Levin said that he preferred not to comment on the charges against Mr. Lopez given that the case was in progress.

Levin took some punches over his association with Lopez last week during a candidate forum sponsored by the New Kings Democrats in Williamsburg:

“Obviously, you know, I read the report that came out, was appalled, I was shocked, and what was in that report and the actions that former Assemblyman Lopez did are unacceptable in any format whatsoever–in any type of environment whatsoever, workplace, elsewhere, doesn’t matter, totally 100 percent unacceptable, appalling, and in this instance a real break of the public trust,” he added. “He and I have not spoken in quite some time.”

Politicker adds that Levin said he looked forward to “moving past” issues he may have had with the club’s leader, Lincoln Restler. Earlier this year, Restler was rumored to be a candidate for the council seat himself, reportedly launching a so-called push poll which emphasized Levin’s relationship with Lopez.

Pierson also appeared at the NKD meeting which ended with members failing to endorse either candidate by a two-thirds margin.

But “new” Brooklyn vs. “old” Brooklyn aside, the NY Times lays out the true battleground in this race:

Crucial to any chance at victory in Mr. Levin’s district is the support of one of the two factions of the divided Satmar Hasidic community in Williamsburg. Half of that world follows one rabbi, and the other follows his brother. Mr. Pierson has managed to secure the affections of the Aroynem group, who view Mr. Levin as a puppet of Mr. Lopez and servant to the rival caucus.