Brooklyn Bridge Park’s “Blooms and Bugs”: Lots of Blooms, No Bugs, Some Birds

As we noted before, this was a big weekend for events at Brooklyn Bridge Park. Your correspondent chose to register for the early Sunday morning “Blooms and Bugs” tour around Pier 1. The tour leader was Matthew Wills (photo), who publishes the blog Backyard and Beyond. Matthew began by noting that we weren’t likely to see many bugs, given the light but steady rain that was falling, but we should see lots of interesting plants. 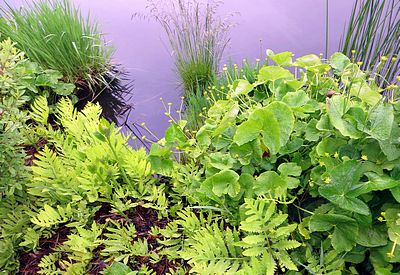 “The Park is completely artificial,” Matthew said. But, he noted, the designers tried to re-create some environments similar to those that existed before urban development supplanted nature. Above is a group of plants of types indigenous to the region, growing alongside the pond near the north end of Pier 1. 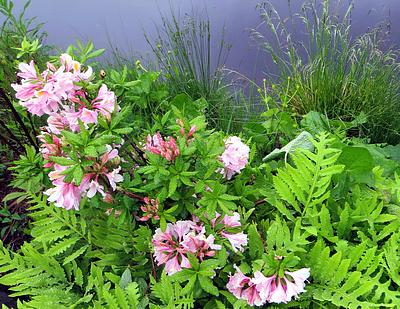 A little farther along the pond’s shore, swamp azaleas added a splash of color. 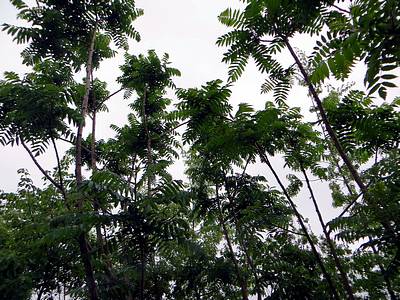 Dense stands of sumac bordered the trail leading uphill from the pond. 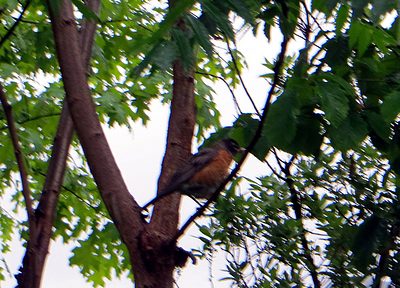 An American robin rested on a branch near the trail. 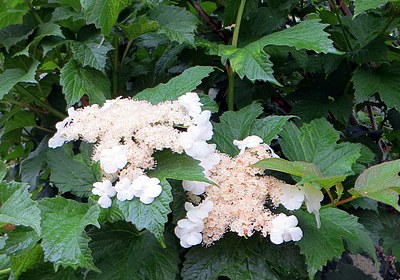 Farther along the trail was a hydrangea in bloom. 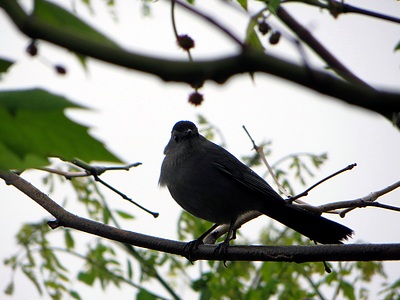 A catbird, so called because its call sounds like a cat’s “meow,” rested on a sycamore branch. 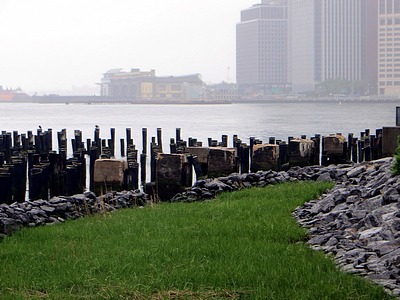 This is the salt marsh at Pier 1’s southern edge. It was low tide when we were there; during high tide salt water from the East River (actually a tidal strait connecting New York Bay with Long Island Sound) inundates it. The grass, Spartina alterniflora, known as cord grass or salt hay, thrives under these conditions. 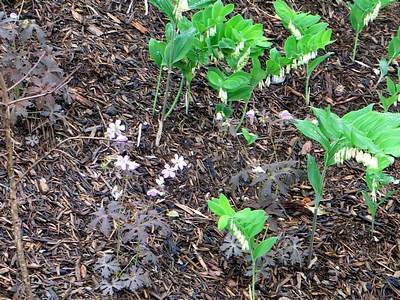 The plant with white flowers hanging under the leaves at the right of the photo above is called Solomon’s seal. To the left are small geraniums, the blossoms of which appeared more violet to my naked eye than they do in the photo. Fellow blogger Flatbush Gardener identified this as a variety called “espresso” because of its coffee colored leaves. 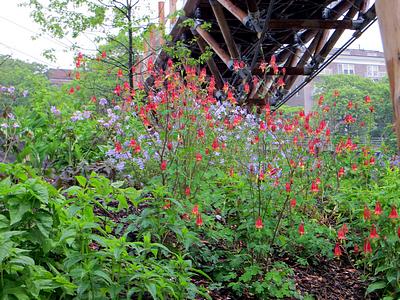 Red columbines and purple phlox were blooming beneath the pedestrian bridge that connects Squibb Park to Pier 1. 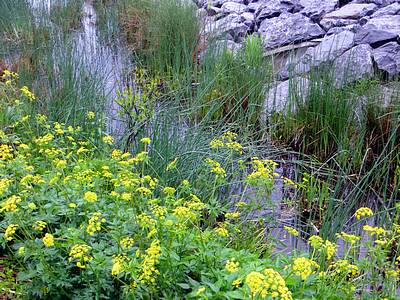 Heading back toward our starting point at the pier’s north end, we passed a swath of golden Alexander. 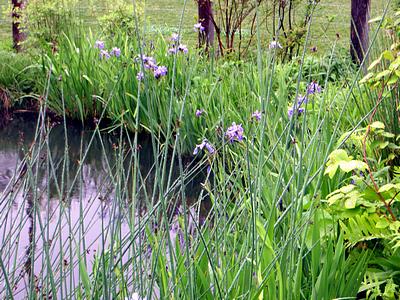 Purple irises were in bloom at the pond’s north end. 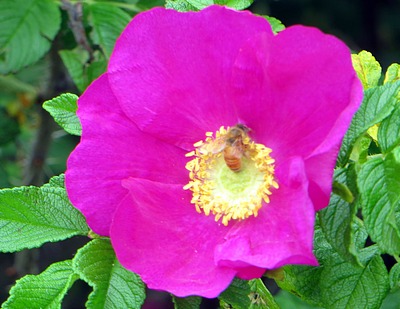 Matthew’s prediction that we wouldn’t see any insects proved true. I took the photo above the day before, when I spotted a bee gathering nectar and pollen from a Rosa rugosa flower next to the Granite Prospect on Pier 1.

Matthew talked about other animal life in the Park, noting that some muskrats had arrived at Pier 1 a few years ago–at least one of them was spotted by our Karl Junkersfeld–but later left. He also said a wounded beaver had been found in the Park. It was nursed back to health and released at a secret location along the Bronx River.