Having slept in for a while this morning, I got a somewhat later start than usual on my Saturday walk, heading out shortly before noontime. As I walked, I noticed that the Forsythia, which were just beginning to bloom last week, and pear blossoms, which were not to be seen then, were profuse along Hicks street near Grace Court. 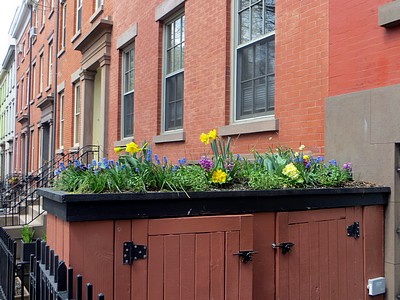 A flower box on Joralemon between Hicks and Willow Place. 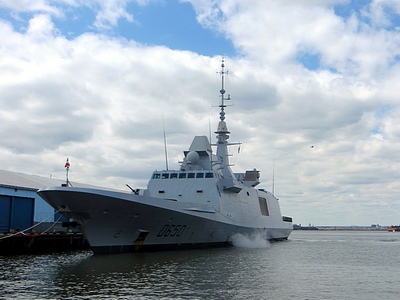 The French frigate Aquitaine docked at Pier 7. Read more about her on Cobble Hill Blog. 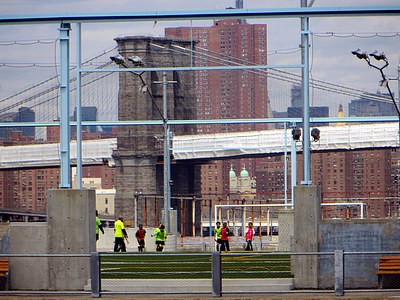 Soccer action on Pier 5, as seen from Pier 6, with the Brooklyn Bridge in the background. 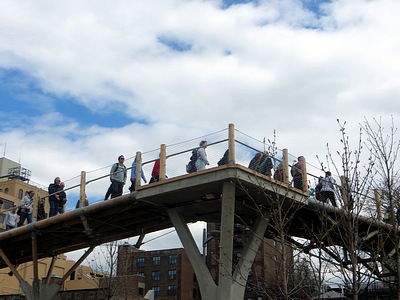 A tour group walking up the new pedestrian bridge from the Pier 1 uplands to Squibb Park. 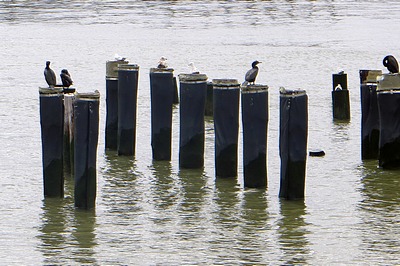 Lots of birds were resting on the pilings at the south end of Pier 1. 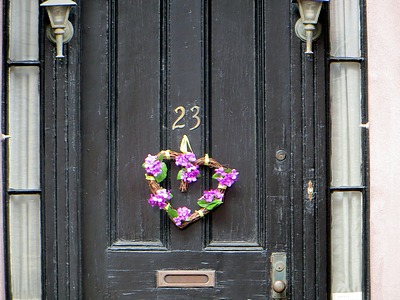 A heart shaped wreath decorates the door at 23 Middagh Street. Clay Lancaster’s Old Brooklyn Heights notes that this house was listed in the 1834 city directory, so it was evidently built before then. 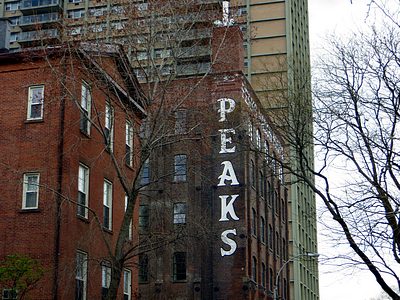 Walking along Middagh Street, I noticed that the lettering on the “candy factory” building, 20 Henry Street (corner of Middagh) had been restored to what must approximate its original brilliance.