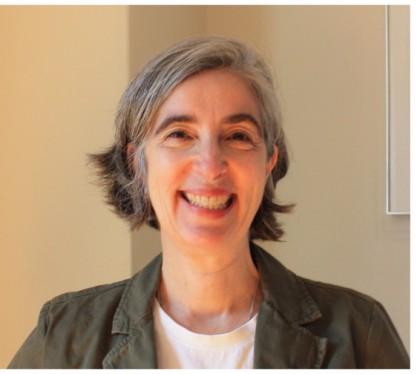 The Brooklyn Heights Association announced today that Alexandra Bowie has been elected as president. The long time Brooklyn Heights resident (and Brooklyn Bugle contributor) has been on the BHA board since 2004. She succeeds Jane McGroarty. Unlike the last two BHA prexys, Bowie is not an architect.

She tells BHB that she along with Judy Stanton and Patrick Killackey (new first VP of the BHA) will be at Vineapple from 7-8 pm next Tuesday, March 26. They would like people from all around the neighborhood – especially those who don’t know much about the BHA – to come down and talk with them about the organization and what it does and might do in the future.

Here’s the announcement from the BHA:

The BHA is pleased to announce that Alexandra Bowie has been elected as its new president, succeeding Jane McGroarty, who served with distinction during her three-year term.

A long-time resident of Brooklyn Heights, Alexandra has been a member of the BHA board since 2004, serving in a variety of capacities, most recently as first vice president, and contributing to our most critical initiatives, including the Second Hundred Years Committee. “The focus of this group,” said Judy Stanton, BHA executive director, “was to plan the way forward to best serve our neighborhood and community in the face of continuing change in the years ahead. Alexandra was key in this process, with a clear point of view on how to extend our legacy of service into the future and become an even more integral part of the community.”

On the subject of living in Brooklyn Heights, Alexandra has this to say: “We live in a beautiful neighborhood, with gorgeous tree-lined blocks, the Promenade, open space and sky. But it’s the people that make Brooklyn Heights such a great neighborhood. I like running into my neighbors on the street. I get a lot of things done just by talking to all the people I see when I am out running errands. I like knowing that there are eyes on my kids as they go back and forth. And the streets are so pleasant because of the low scale of the buildings and the trees that keep us cool. A lot of that is due to the BHA — the good relationships with the police, the tree planting and care, and of course the historic district itself.”

Alexandra believes in the power of communications not only to inform members of the community on issues of importance, but also to engage us all in a richer, respectful dialogue that makes Brooklyn Heights an even better place to live. As Board president, Alexandra plans to enhance the BHA’s communications with members and the community at large, focusing strongly on our social media presence. (She reminds all that you can now follow the BHA on Twitter at @thebha01.)

“Clearly, more people need to know what the BHA does and can do for Brooklyn Heights,” Bowie says. “There may be differences of opinion, and that’s as it should be, but we make this a better place if we approach all the issues we face with facts and a full understanding of what’s at stake.” She pointed to the BHA’s recent advocacy around the proposed closure of Long Island College Hospital as a great example of how the association regularly steps up to protect the interests of the community and harness its voice in the public sphere.