Yesterday was a good day for a walk, so I did a circuit around the northern part of Brooklyn Heights, including a side trip into Brooklyn Bridge Park and DUMBO, where I did a little last minute Christmas shopping. The photo above–more photos and text follow–is of a wreath on the red door at 33 Middagh Street, or “Studio 33.” The plaque to the left of the door dates the house to 1820. 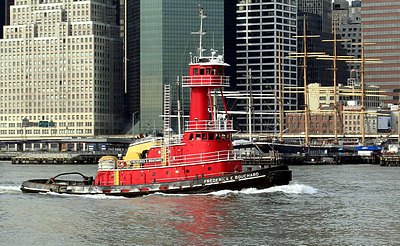 There was lots of traffic on the East River. The tug Frederick E. Bouchard headed upriver past Pier 1, Brooklyn Bridge Park. The South Street Seaport Museum’s tall ships Peking and Wavertree are in the background. 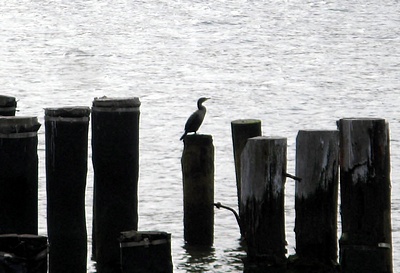 A cormorant was resting on a piling near the south end of Pier 1. 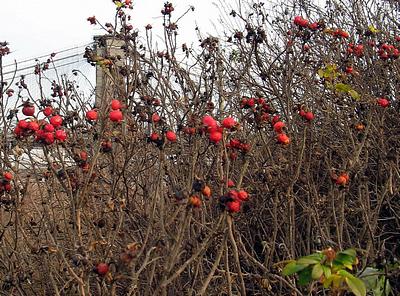 There are rose hips from Rosa rugosa aplenty next to the Granite Prospect on Pier 1. 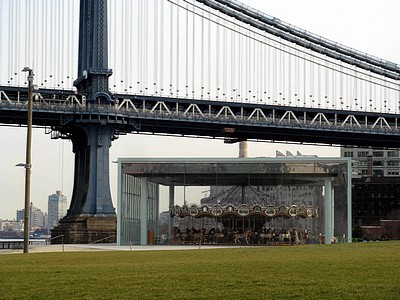 Here is Jane’s Carousel seen from the south, almost under the Brooklyn Bridge, looking toward the Manhattan Bridge. 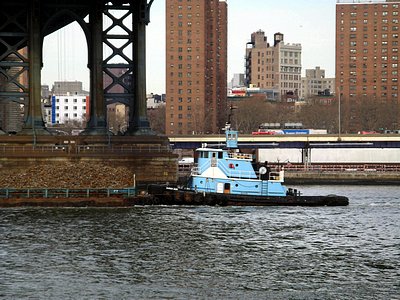 Sarah Ann is pushing a barge loaded with scrap metal downriver under the Manhattan Bridge. 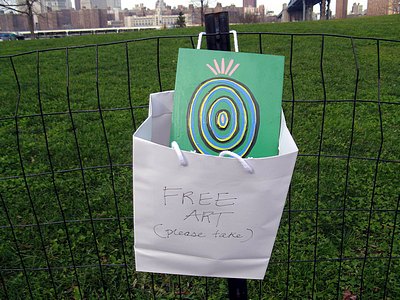 There may be no such thing as a free lunch, but there is free art on offer in Brooklyn Bridge Park. 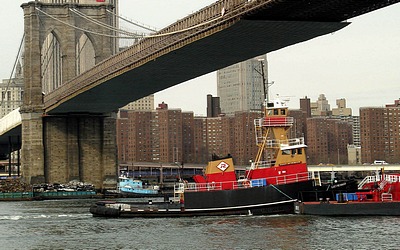 Lucy Reinauer pushes a loaded petroleum barge upriver under the Brooklyn Bridge, while Brian Nicholas heads downriver with another cargo of scrap. This was taken from the Fulton Ferry Pier. 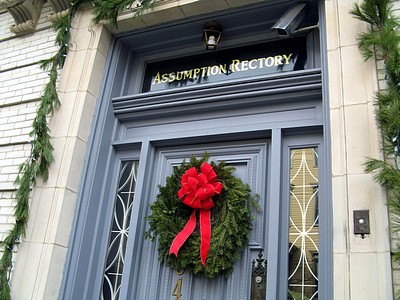 Another door wreath, this one at Assumption Rectory on Middagh Street. 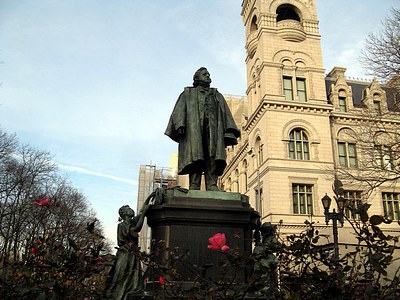 There are roses still in bloom in the garden adjoining the statue of Henry Ward Beecher at the north end of Columbus Park.