While the neglected brownstone at 194 Columbia Heights hasn’t proven the “Broken Windows Theory“, it sure is trying hard to do so. We noticed some graffiti on its front door today. This is another incident in the decline of the worst building on the best block in Brooklyn Heights. 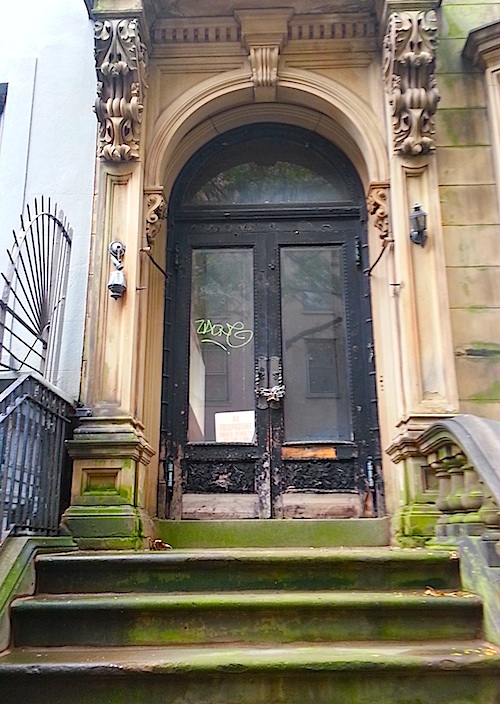 In 2009, owner Dr. Austin Moore told the Brooklyn Eagle that he’d “surprise everybody” by doing some improvements in “the spring”. While the roof was patched and a falling debris issue was resolved, continued neglect could end with its demolition.

In the same Eagle story, BHA Executive Director Judy Stanton noted that 194 Columbia Heights “may not yet have reached the threshold required to request a Demolition by Neglect action.”

Indeed. However the continued decay of this building would have warranted a “Kick Me” sign in lieu of the name of a faceless and forgettable tagger.