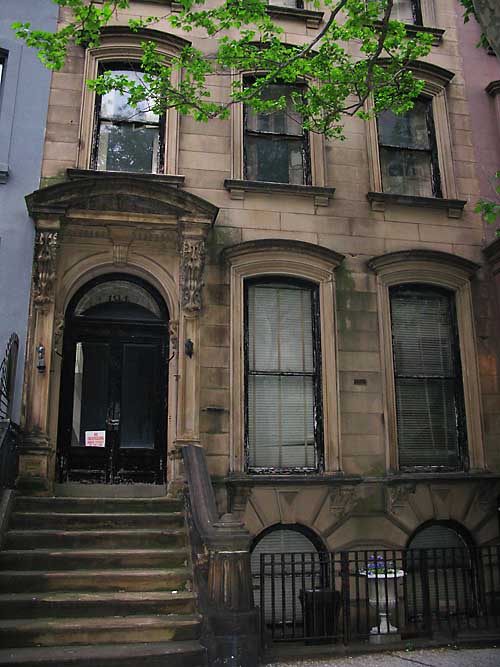 Brownstoner reports that debris flew off of the neglected brownstone at 194 Columbia Heights yesterday causing the street to be closed off.  BHB’s Qfwfq reported police tape around the area last night but no visible damage.

Neighborhood sources claim that the property has long been the bone of contention in the owner’s decades long divorce case.   According to Property Shark, a Vacate Order was issued in June 1986.   Brownstoner adds that no one has lived there since. [Note: We’re researching the labyrinth of public information regarding this property. Look for updates soon. – ed.]

The owner of record is Dr. Austin Moore who has a psychiatry practice at 123 Henry Street.

That house on CH has been padlocked much longer than 10 years. It’s been like that since I’ve lived in the Heights (moved here in 1968!). You can look at the back of it on the Promenade and see how bad it really is. The neighboring building covered one of the windows over with black plywood, and there’s ivy growing on the back. Gorgeous stained glass in the stairwell is visible on the back, as the place slowly decays.