Back in May, we wrote about Montague Street’s “resurrection, revitalization, renaissance or recovery,” pointing to the fact that the retail corridor is healthier than it’s been in three-plus years, with a dozen new businesses opening their doors in the past year or so. In all, Montague has seen the coming of: Custom House, Dellarocco’s on Hicks, VIP Nails & Salon, Le Pain Quotidien, Ruby and Jenna, Area Yoga & Spa, Hanco’s and Starbucks’ new home, while we’re still waiting for Ani Sushi, which has been “coming soon” since June.

So the question is: With Montague Street thriving, what gives with the previous locale of Starbucks at 112 Montague Street? We reported then that the coffee shop vacated the premises because of roof leaks and plumbing issues. But it’s now approaching five months that the prime commercial space has been sitting vacant. It’s a bit confounding that such a premier retail entity continues to waste away. So we have to wonder… What’s the deal? (Interior shot below) 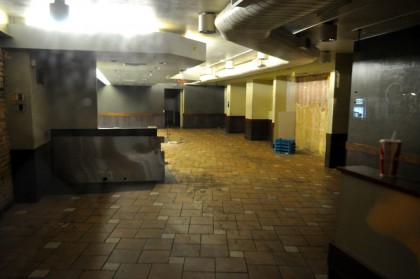 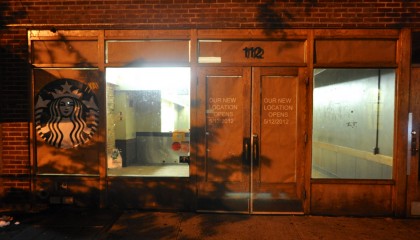 It’s Art If You Want It to Be Redux
Open Thread: The Most Beautiful Building In Brooklyn Heights