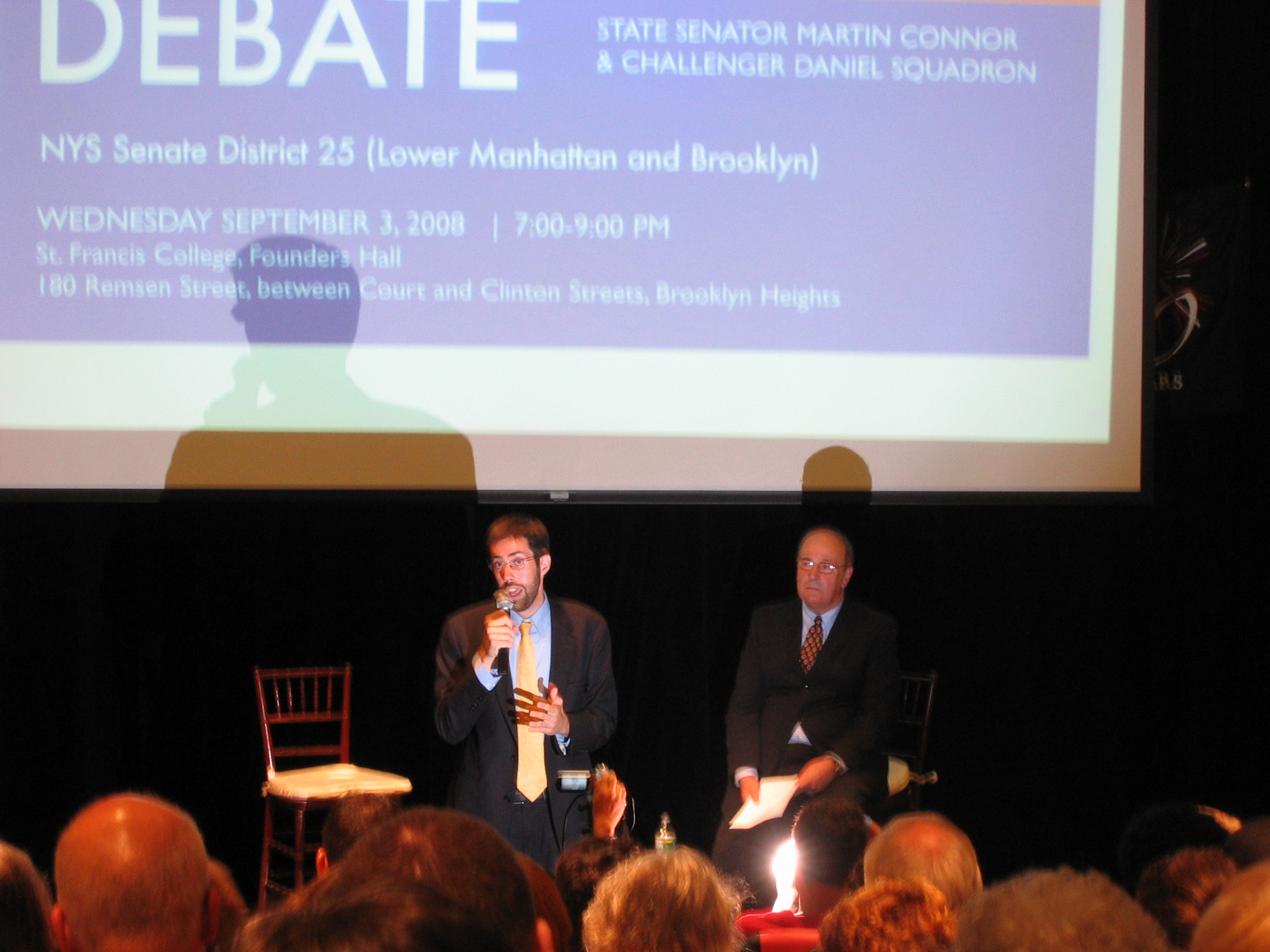 8:29pm: moderator bitchslaps connor for getting too personal. and I mean, really too personal. the audience started booing and hissing.

8:32pm: Squadron not getting personal with Connor, won’t ask him about his Jeep Grand Cherokee paid for by campaign funds.

8:35pm: Connor supporters getting cranky, want Squadron off their lawn

8:38pm: Connor doesn’t kowtow to the tobacco industry. he wants everyone to know that.

8:44pm: uh oh. someone asked squadron about eminent domain in atlantic yards. He doesn’t think it was used appropriately.

8:46pm: Connor looks tired. I think all that venom spewing earlier on really tuckered him out

8:49pm: whenever Squadron speaks, an old person starts to leak….sounds like hissing…

8:50pm: congestion pricing again…connor shows letter from april thanking him for supporting it yet no postmark,,,hmmm

8:57pm: both Squadron and Connor love gay and lesbian people