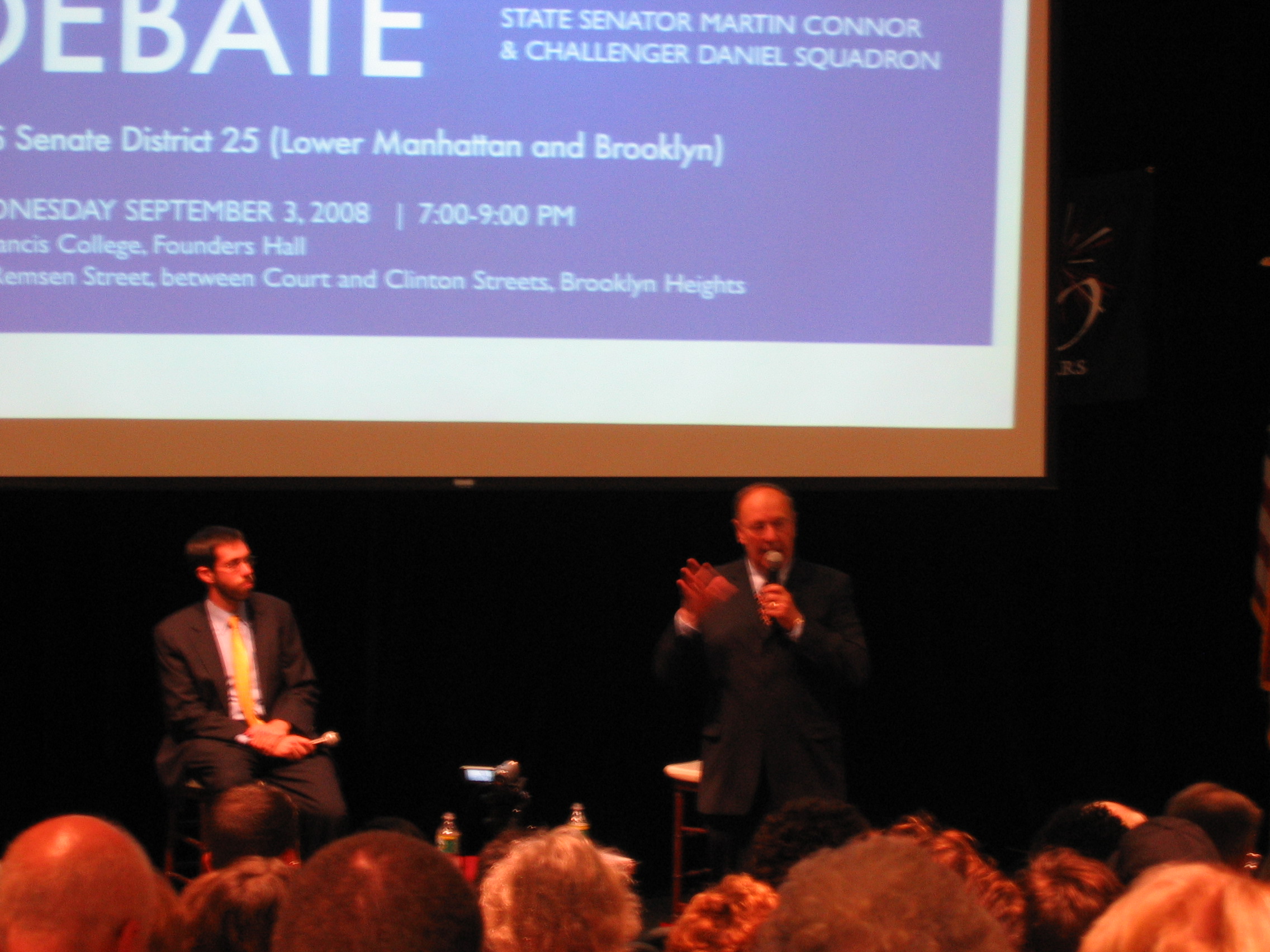 BHB is here at the St. Francis College Auditorium, awaiting what is sure to be a most riveting display of oratorical prowess.

So far, the auditorium is PACKED…with empty seats. Come on down!

7:09pm: there will be audience participation! You can ask a question, but you must write it on a piece a paper, presumably in crayon.

7:33pm: Connor brought his people tonight. Audience seems to be in favor of him. One Connor supporter is knitting her way through the issues.

Connor talking about what he knows best: election law and ballot access

7:37pm: Connor: I am shocked, SHOCKED you would think I kicked anyone off the ballot as an election lawyer

7:42pm: Wow, Connor on the defensive. Getting angry over voting against the smoking ban. Breathe, connor, breathe.
and he’s completely ignoring the question about voting against commuter tax.

8:05pm: talking about education. Really, these guys are on the same side. Connor taking shots at Squadron.

8:09pm: Oh, this is rich…Connor accusing Squadron of using too many posters and leaving around too much trash

Connor to Squadron: get off my lawn!