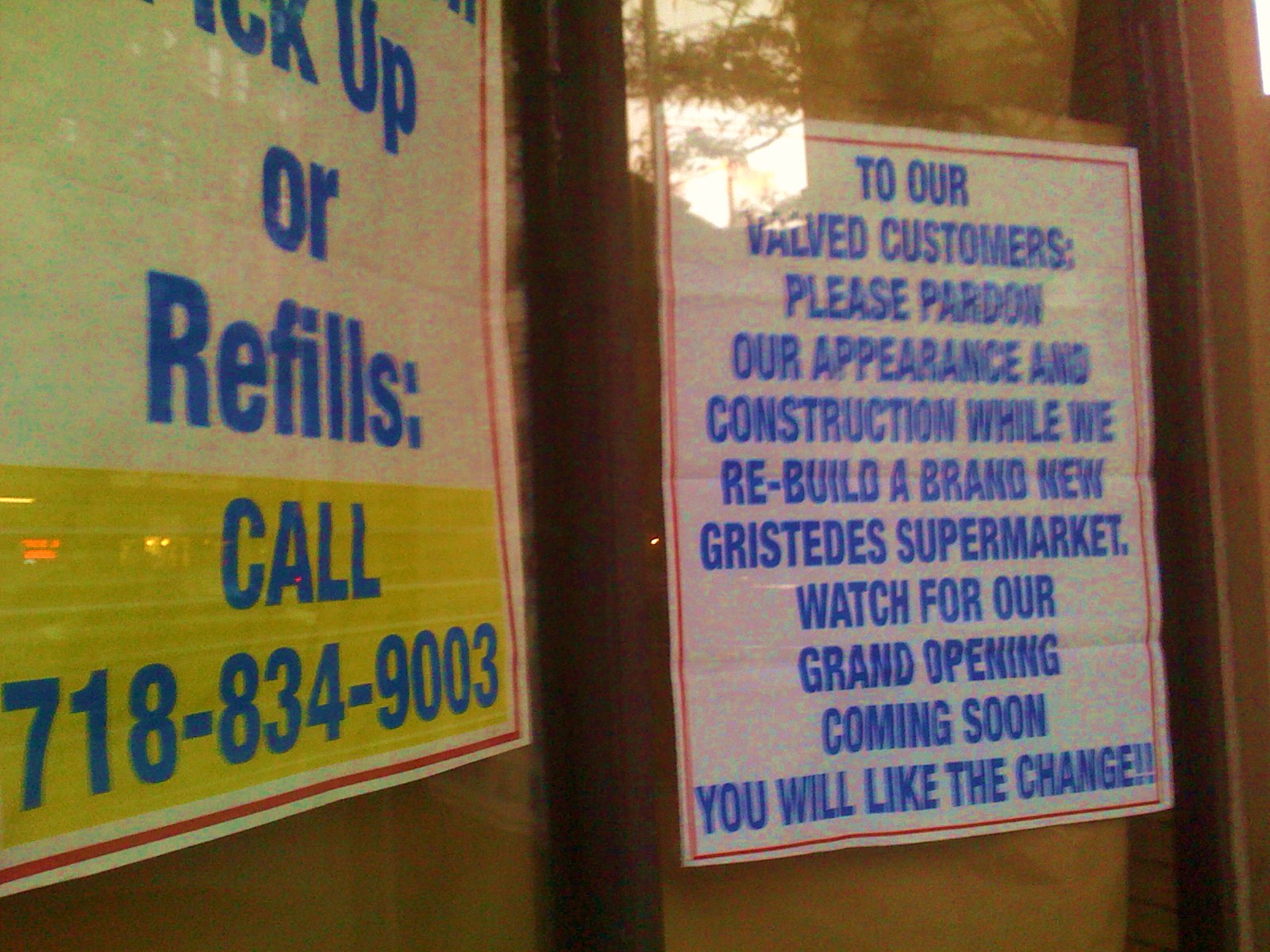 Somehow, we think that this might have something to do with the snail’s pace renovation of the Henry Street Gristedes store – The NY Times reports that a federal judge has ruled that the supermarket chain cheated lower level managers out of over-time pay.  Lawyers for the plaintiffs tell the paper they predict a settlement of up to $25 million dollars.

He rejected Gristede’s arguments that they were salaried executive workers who, under federal and state law, are generally exempt from receiving time-and-a-half pay for overtime.

Gristede’s maintained that it had been paying weekly salaries to the department heads and co-managers, the No. 3 managers in a store. But Judge Crotty found that they were not salaried because the company often deducted money from their paychecks when they missed part of a day.

In the meantime, the chain’s “valved customers” in Brooklyn Heights are still waiting for the fire damaged Henry Street store to reopen.