Letter Supports Marty or The Olds Strike Back

Friday’s guest on the Homer Fink Show, Daniel Squadron, came out last week with his plan for Brooklyn Bridge Park.  We’ll spare you the wonkery, but the main point “The Kid” made about the project was that the provision for luxury housing is a non-starter and that there needs to be a review of BBP’s revenue plan.

Residents of the 25th District received a mailer this week striking back at Squadron’s proposal, saying that the park “has no better friend than Martin Connor”.  The letter, signed by many members of the Brooklyn Heights establishment, stresses Connor’s leadership in, among other things, pushing Albany to acquire the land and finances needed for the park.

The Democratic primary for the 25th State Senate District will be held on September 9.  Squadron told us on Friday’s The Homer Fink Show that if he doesn’t win the Democratic primary, he’s will not run an active campaign in November via the Working Families Party line.

Letter after the jump. 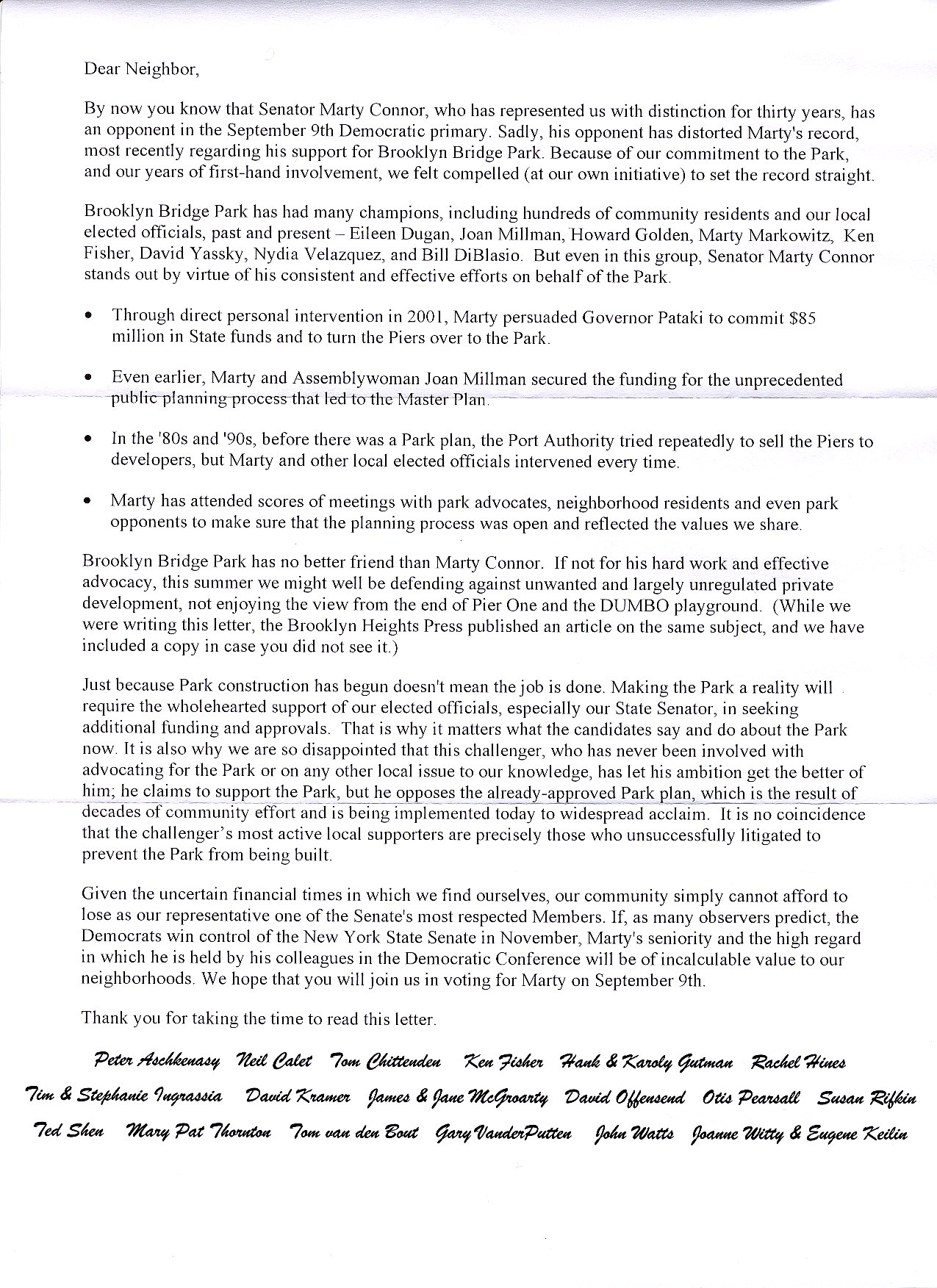