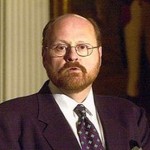 Joseph Lhota, appointed by Governor Cuomo as the new Chairman of the MTA, is a Brooklyn Heights resident.

The Wall Street Journal: Mr. Cuomo, a Democrat, tapped Mr. Lhota, a 57-year-old Republican who lives in Brooklyn Heights, to run the Metropolitan Transportation Authority, a giant agency with shaky finances that controls two commuter railroads, the New York subway and bus system and a host of bridges and tunnels.

Mr. Lhota’s appointment must be confirmed by the New York State Senate. If confirmed, he will take over the troubled agency, and join another Heights resident, David Yassky, Chair of the City’s Taxi and Limousine Commission, as a principal player in the City’s transportation scheme.