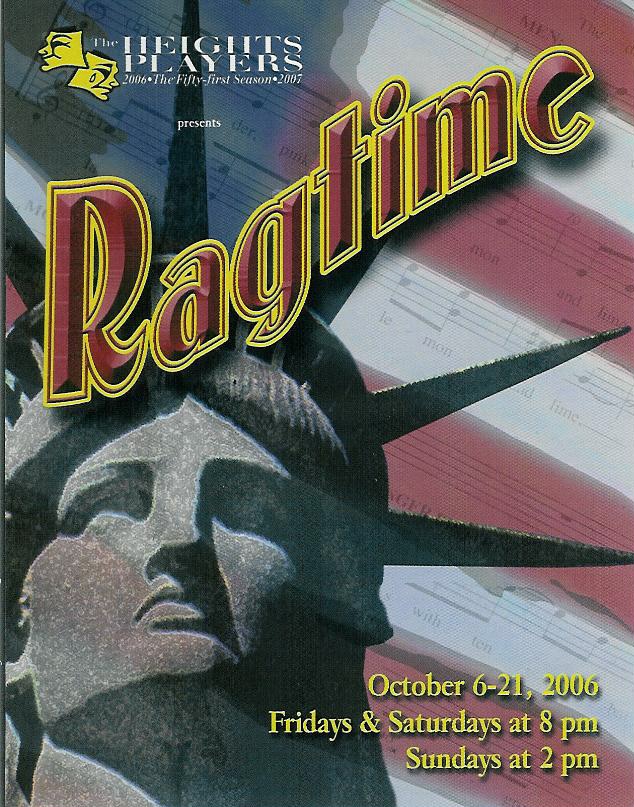 The Heights Players open their second show of the 2006 – 2007 season Saturday (10/6) with the Tony Award winning musical Ragtime.  Based on a novel by E.L. Doctrow, with book and score by Terrence McNally, Stephen Flaherty and Lynn Ahrens, the show traces the lives of three turn of the century ethnic groups – WASPs, Jews and African-Americans.

Performances take place Fridays and Saturdays at 8PM and Sundays at 2PM from October 6 – 21 at the Heights Players Theater, 26 Willow Place.  Tickets may be purchased via the group's website or by calling (718) 237-2752.